As the modern automobile gets bigger, bulkier, heavier, and taller, some automobiles are going in the opposite direction. A perfect example is this slammed Z4 M coupe owned by a woman named Kristen. As many new automobiles are trending more and more towards a car that resembles a bloated 60’s thunderbird,  there is something to be said about an aggressively slammed coupe; especially if that coupe is driven by a woman! Ok, so we don’t know what “Meow Power” is, but the rest is awesome! Enjoy this week’s post which was found originally on canibeat.

All credit for the following goes to the original owners from canibeat.com. Drive 4 Corners is interested in sharing BMW related content from throughout the web to those who may have not seen it and in no way take credit for the photography or writings. See original HERE. 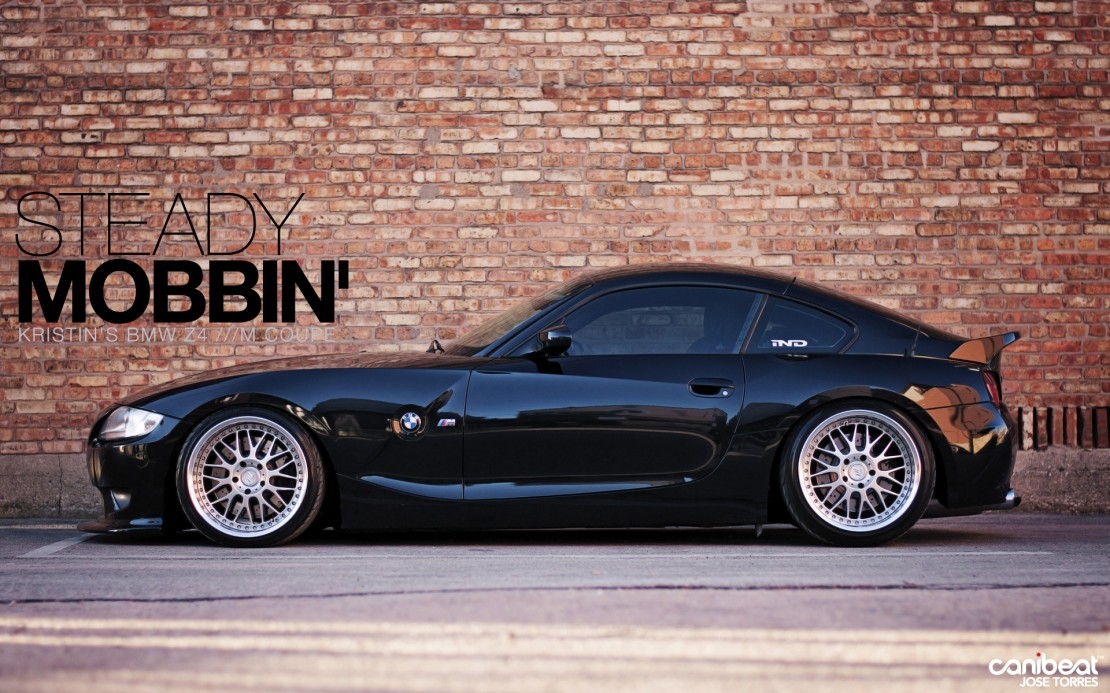 In the fall of 2011 Kristin Andrus was in the process of parting out her Genesis coupe when she bought this Z4 of the same body style. Everyone remembers the iconic clownshoe car predecessor being the Z3 ///M and the successor is equally mean when unleashed. She got it for a killer deal, but a few things had to be done to get it to her liking. She is a big fan of EDM music so a complete revamp of the car’s audio system was in store before any wrenches were turned. Catronix in Indiana helped install the sub and speakers to get this thing knocking like a cop with a search warrant. There are eight other speakers besides the the sub woofer. 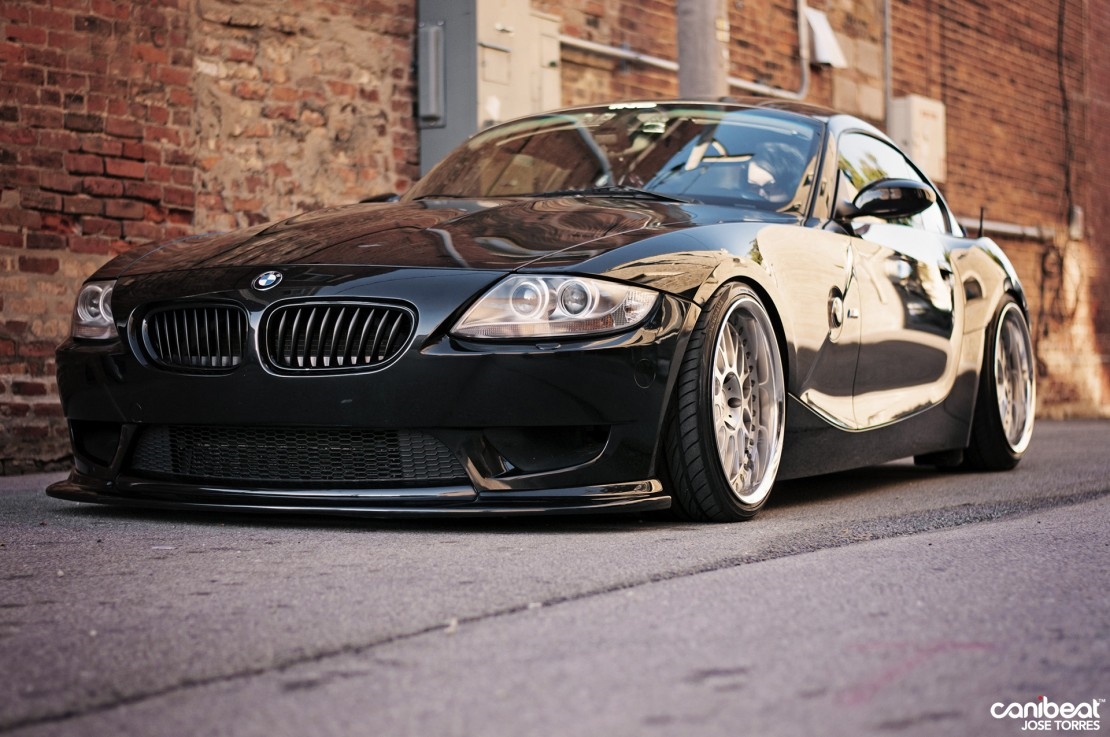 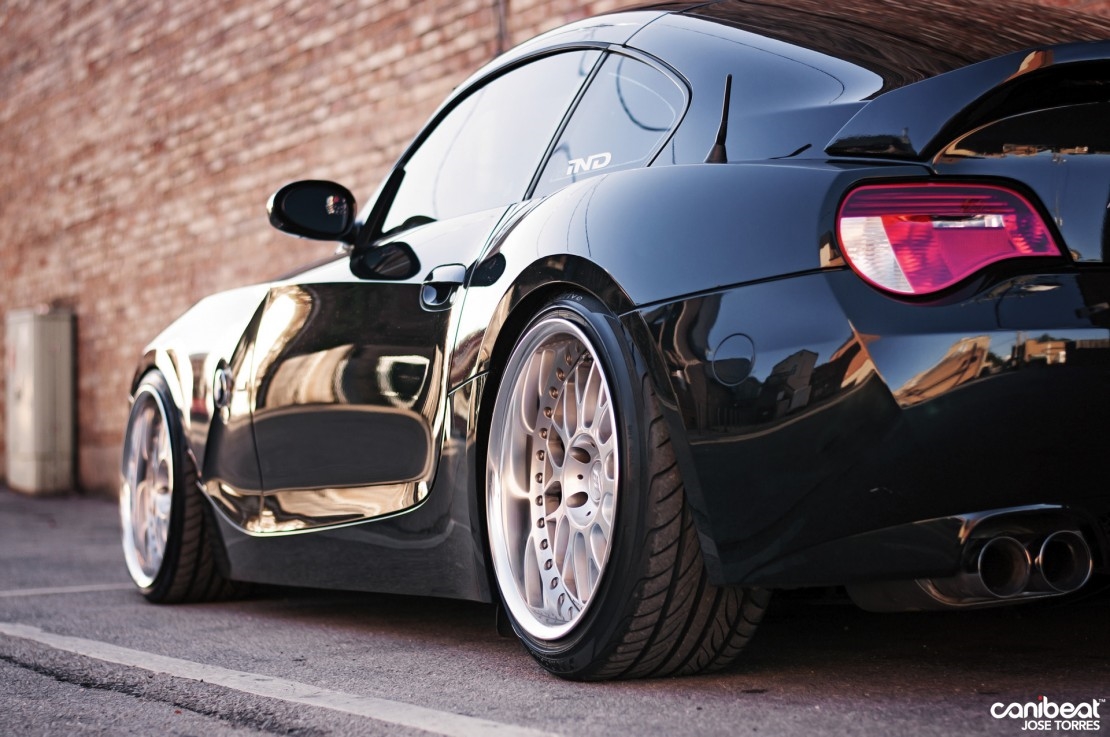 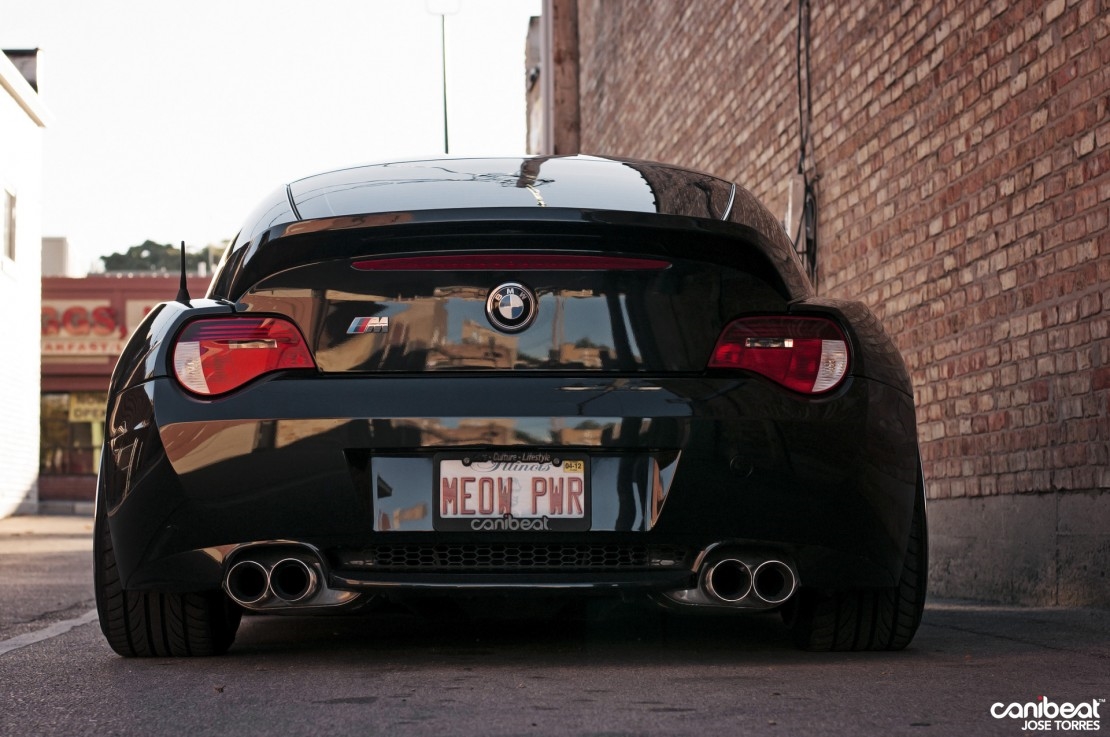 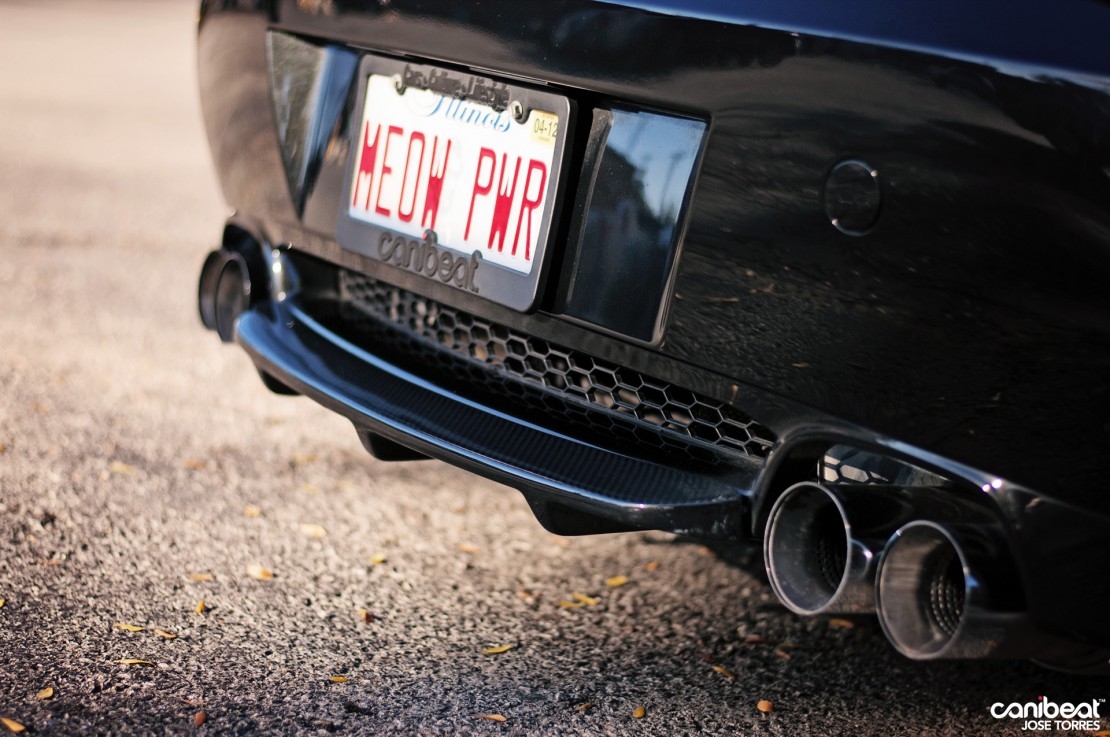 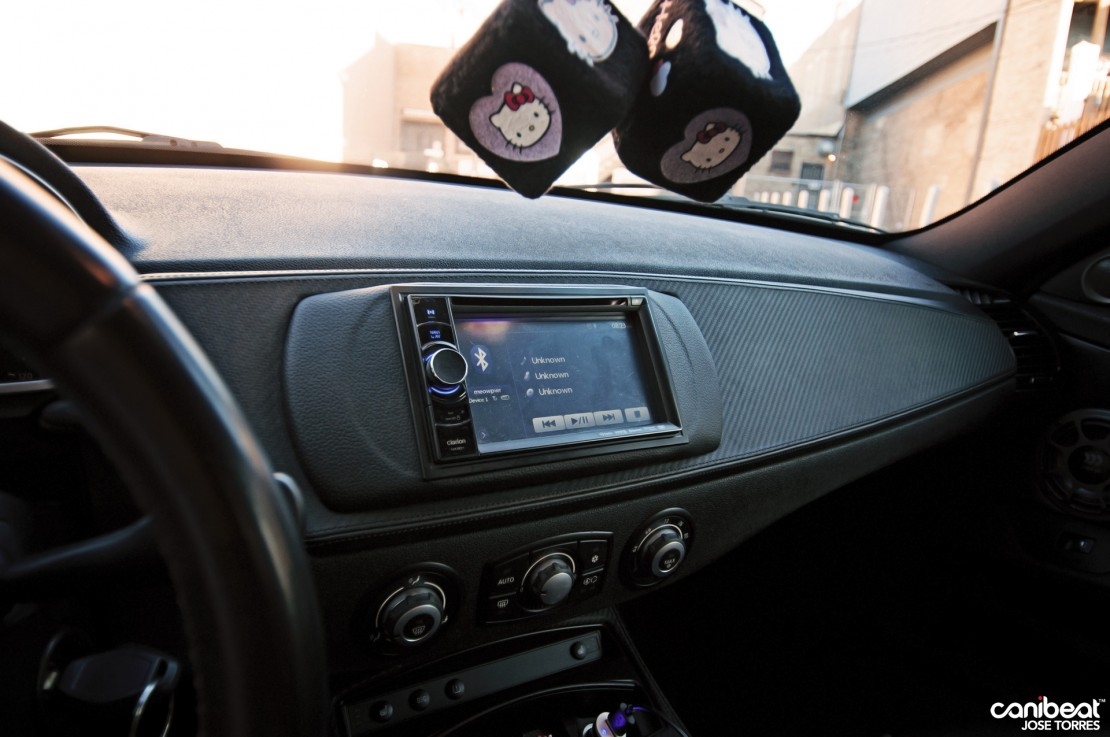 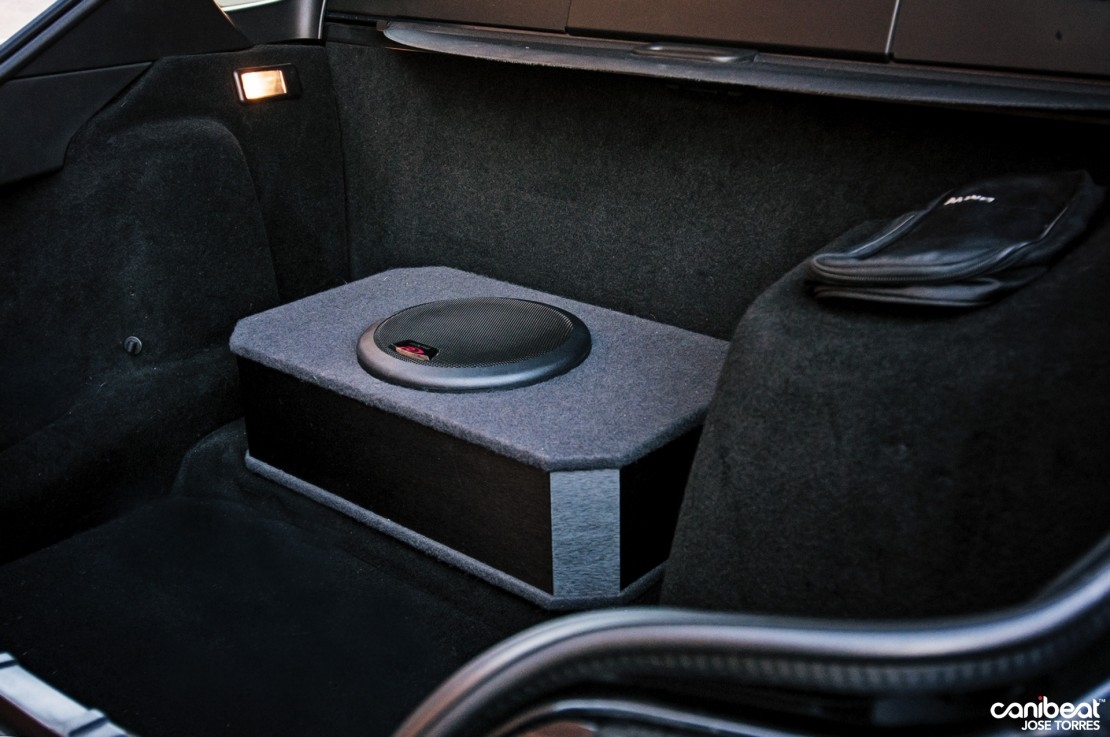 Once her audio needs were accounted for, she received help from IND Distribution to order parts over the winter. Arkym aero was purchased being a front lip, wing, and aggressive diffuser. They also helped her color match all of those carbon fiber pieces to her car as well as color match the reflectors and markers to clean up the body’s lines. Eisenmann supplied the race exhaust to help her Z4 voice its opinion. When it came to the vehicle’s fitment she bought a really clean set of Work VS-XX wheels and slammed the car with a fresh pair of KW coils. It is very clear where she stands with the use of air ride when you see her back glass decal that reads “No Fucking Bags”. Definitely an anti-air affiliate. 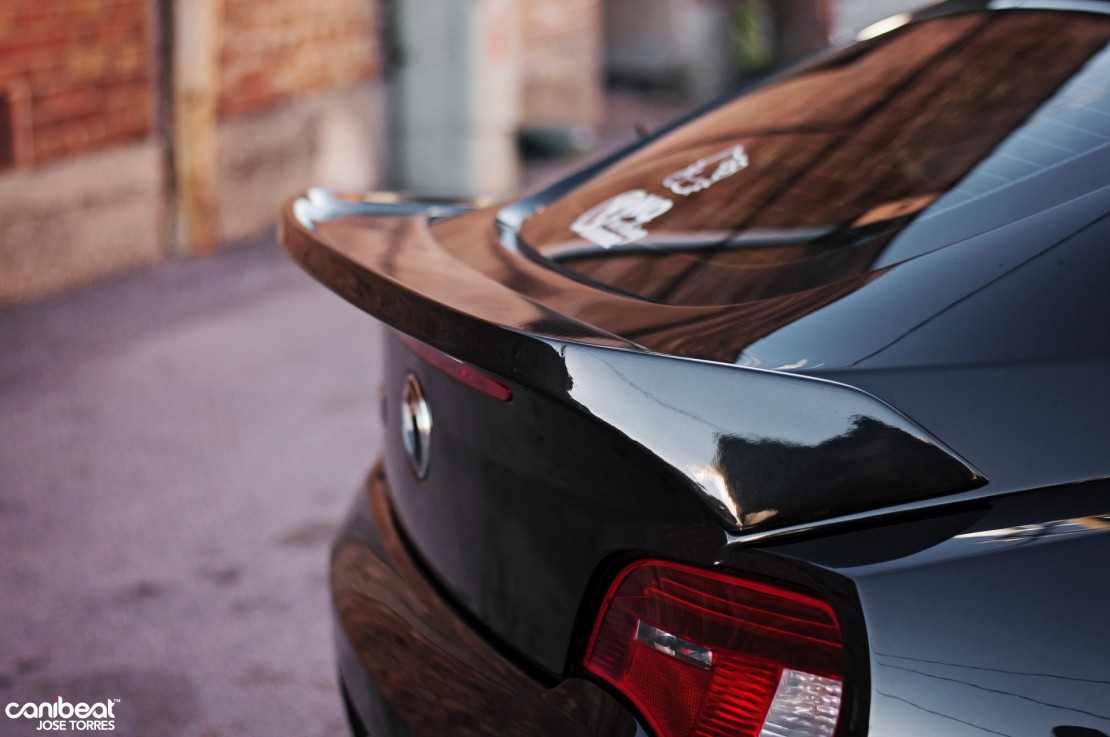 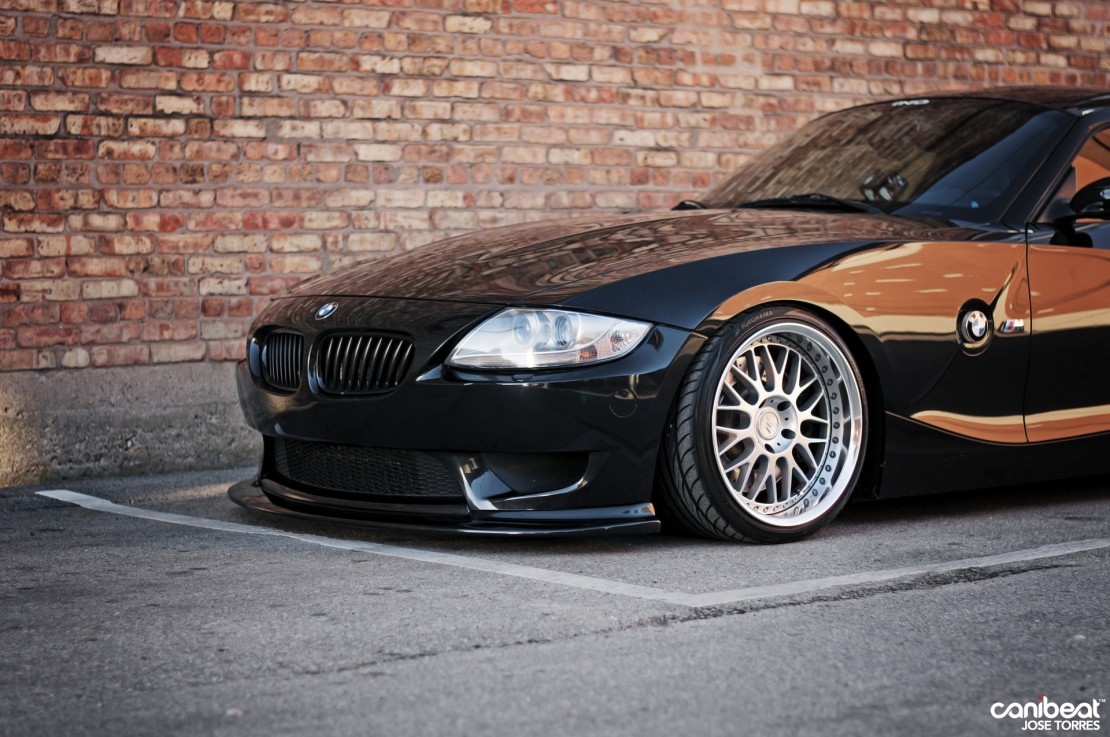 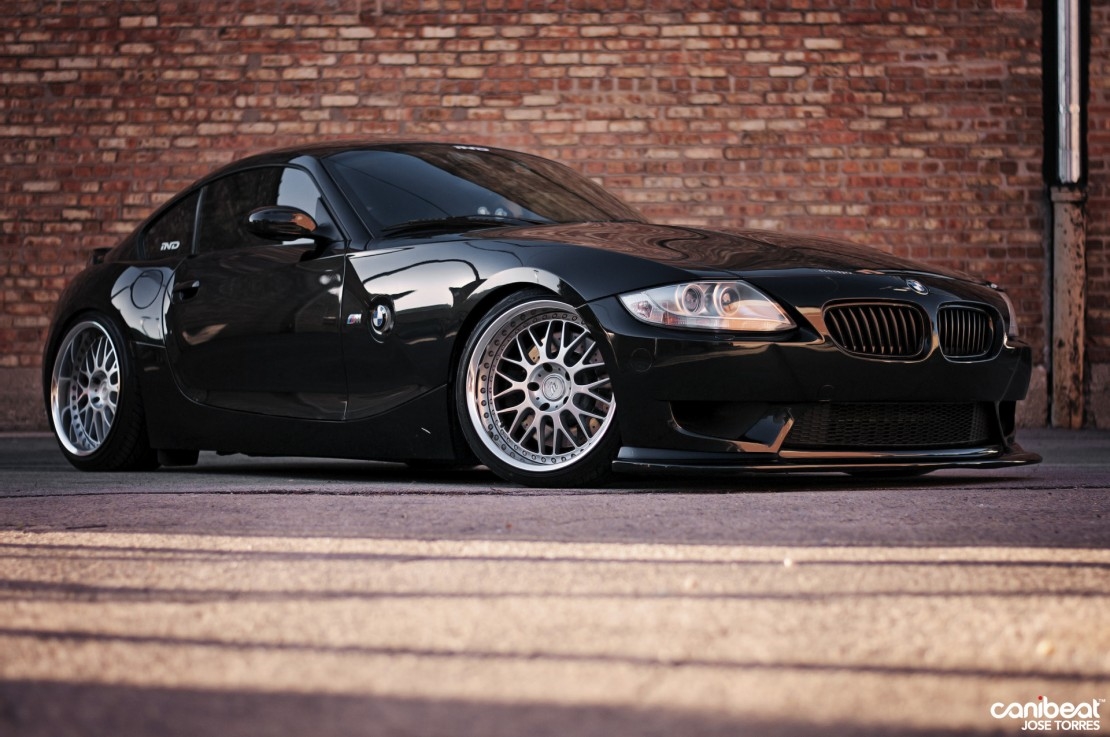 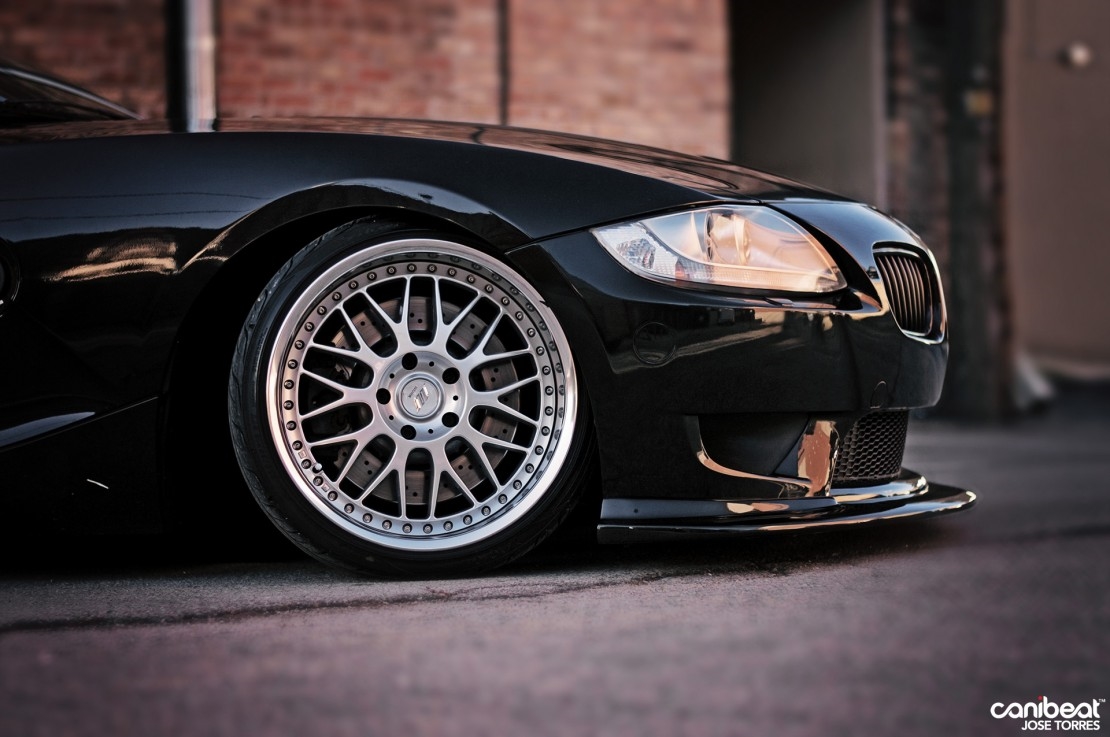 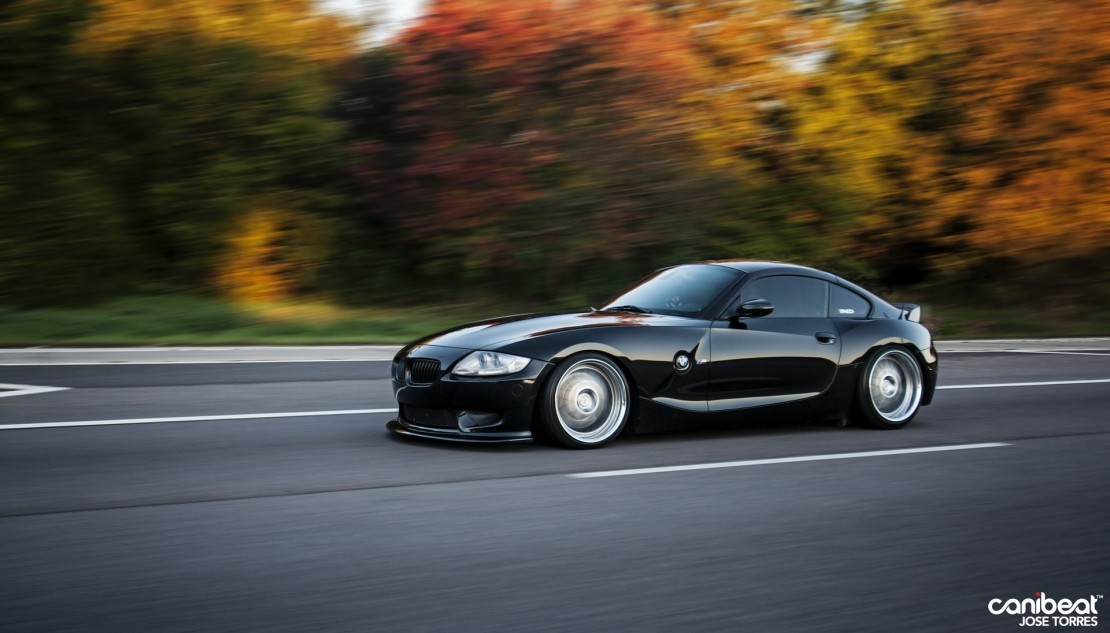 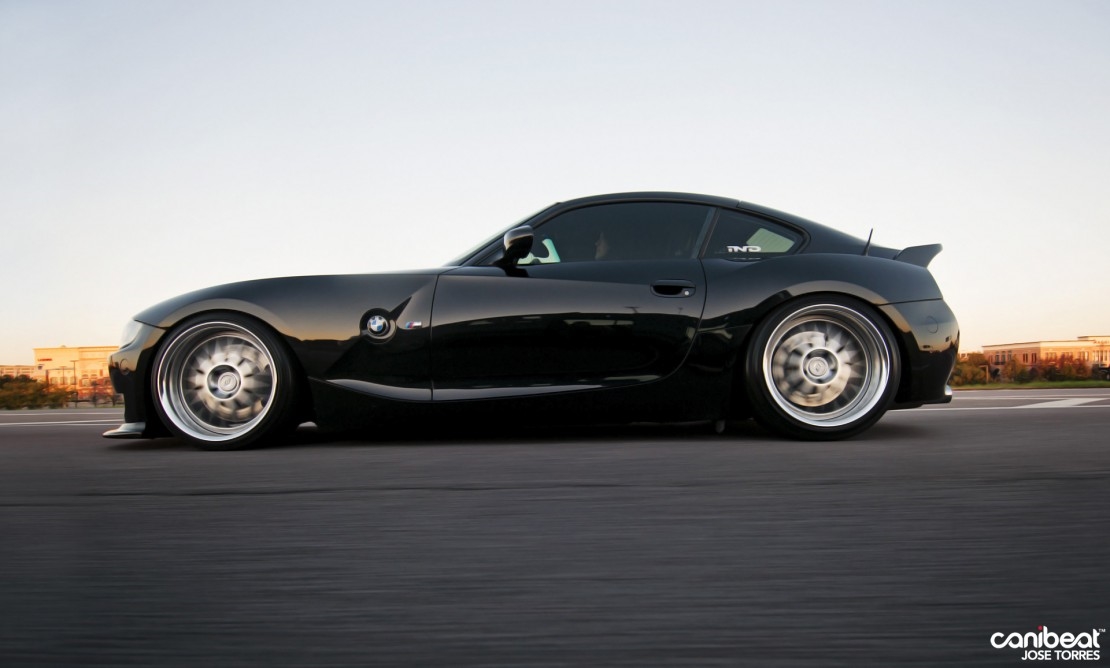 When I asked her if she had any big changes coming up she mentioned that this past spring her car was unfortunately the victim of a flash flood. With the motor being hydrolocked she considered calling it quits and parting the car out. Choosing not to go the same route that she went with her previous car she dug in her heels and requested the help from her friends at IND and luckily they were able to find a donor motor to save the car. She has since moved to Portland, Oregon with her boyfriend and they plan on seeing what the PNW car scene is all about this coming summer! We at Canibeat look forward to seeing what Kristin’s Z4 M coupe have in store for the near future. 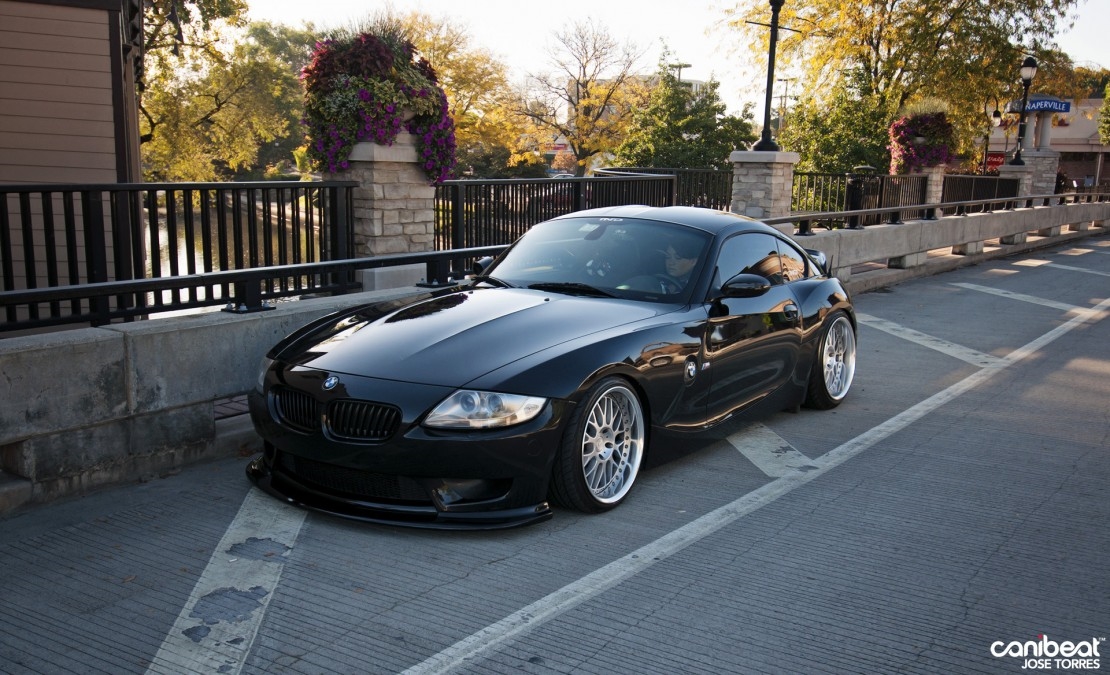 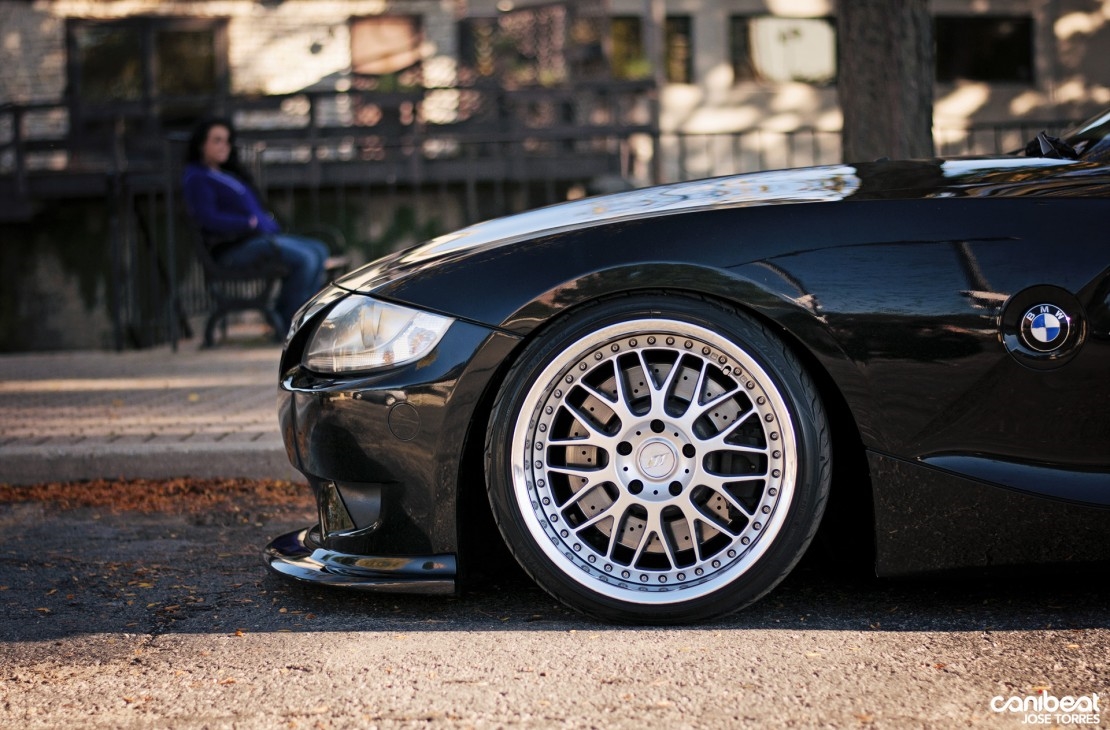 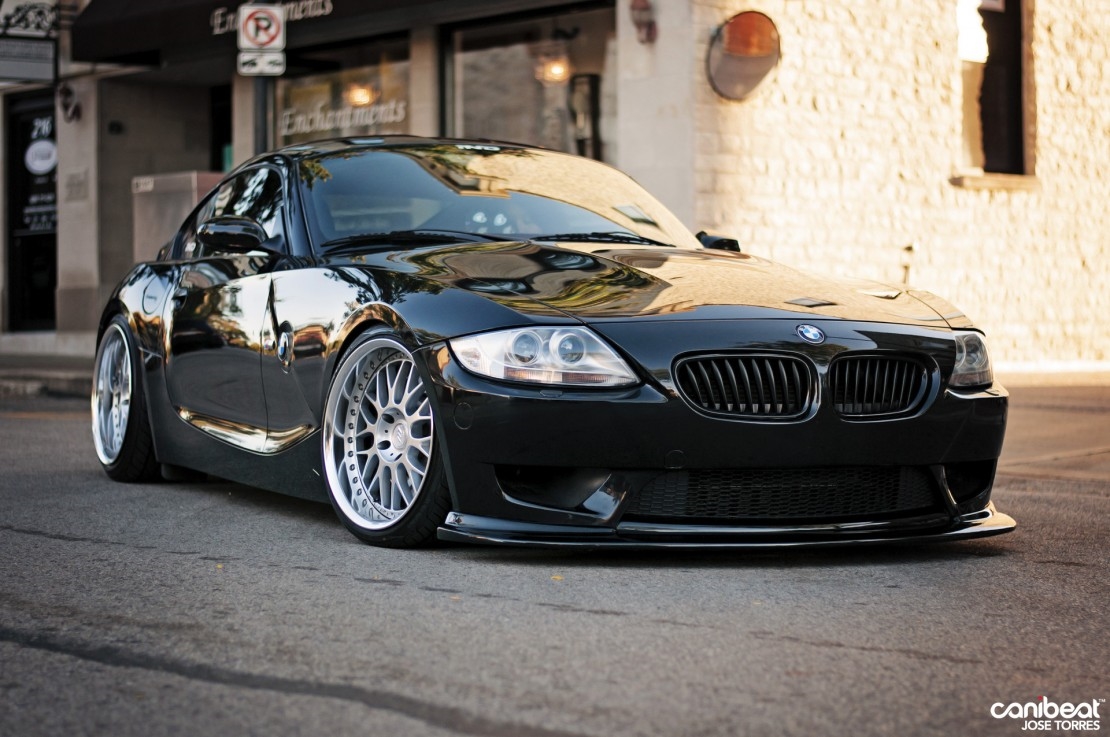 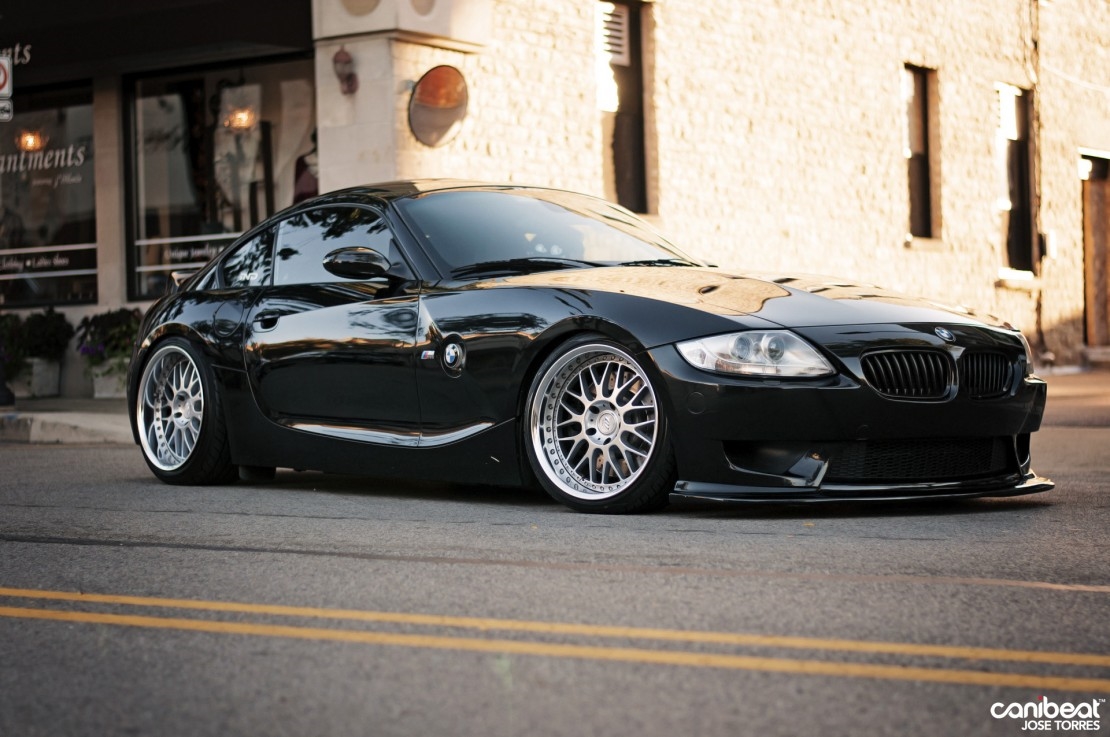 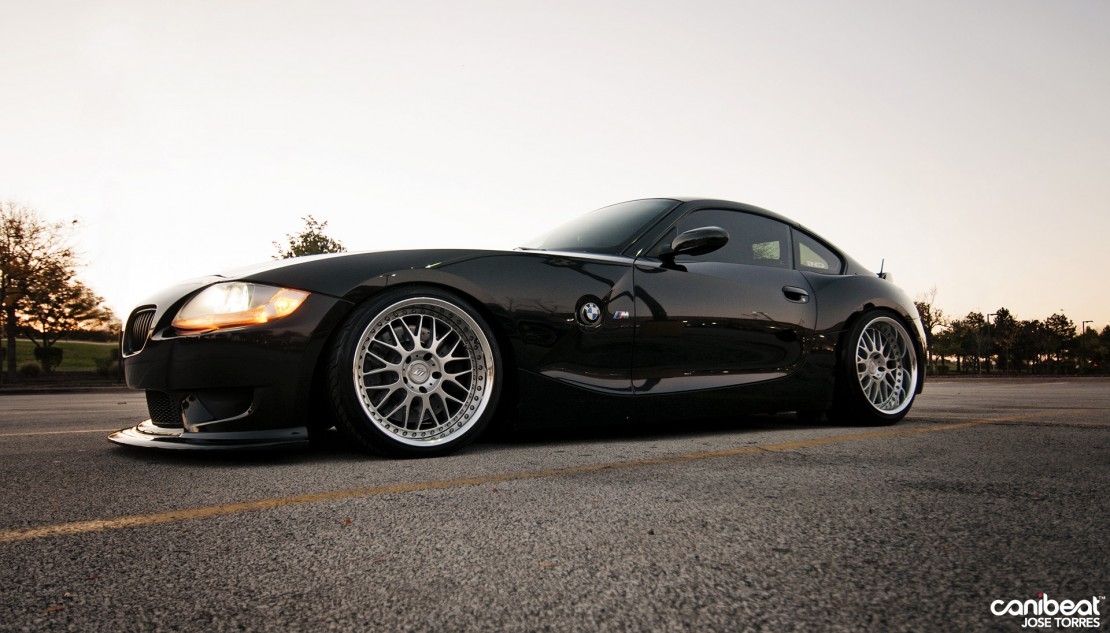 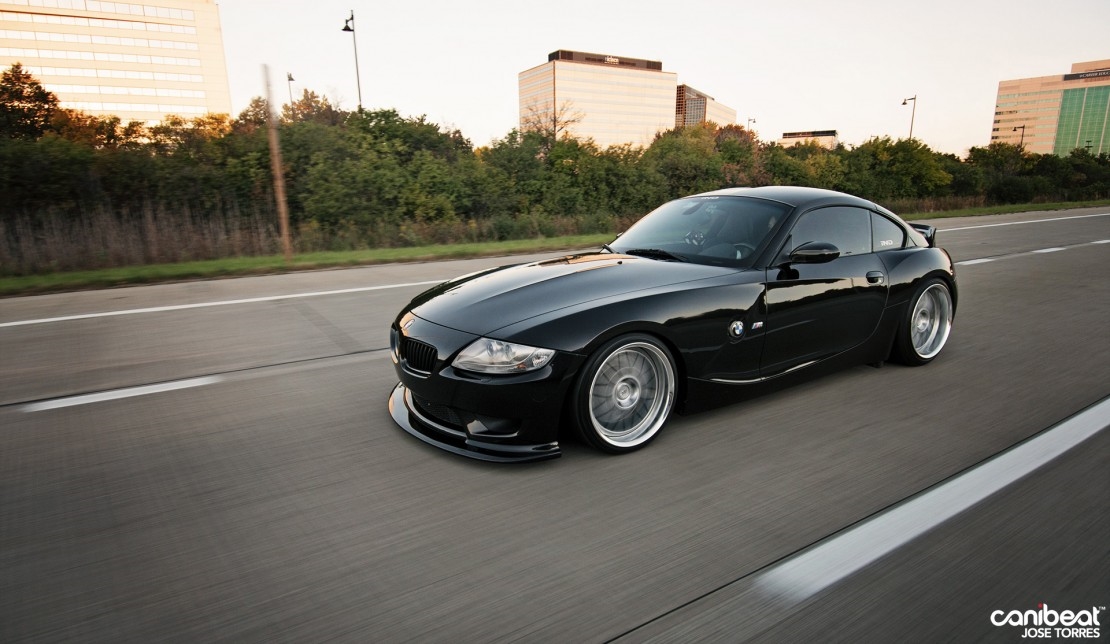 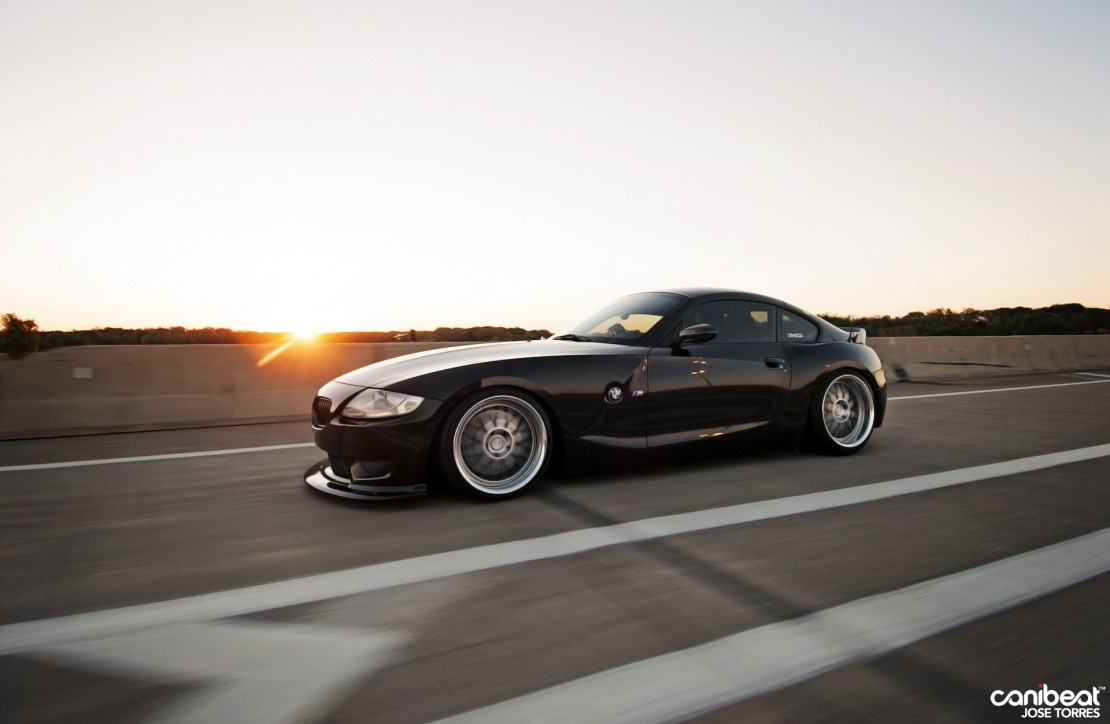 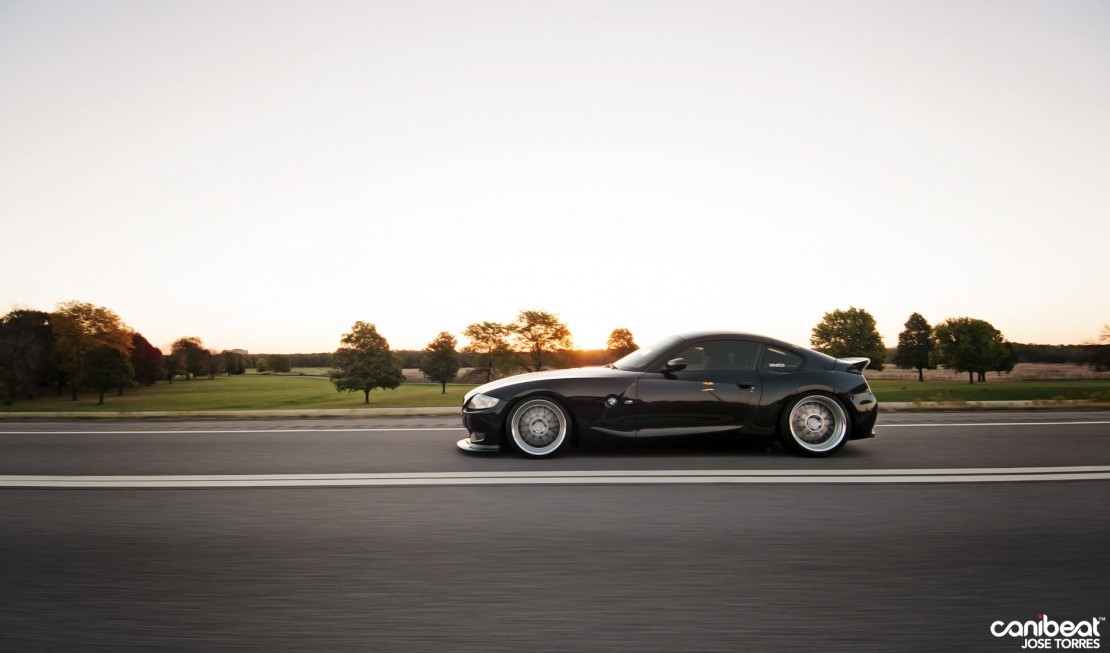