The BMW E70 X5M is truly a technical marvel. Where else can a driver heave a vehicle weighing 2.5 tons to 60 in only 4 seconds? Not only is it fast, but is is composed and luxurious. Enjoy this brief feature as originally shared on The Euro Phile. 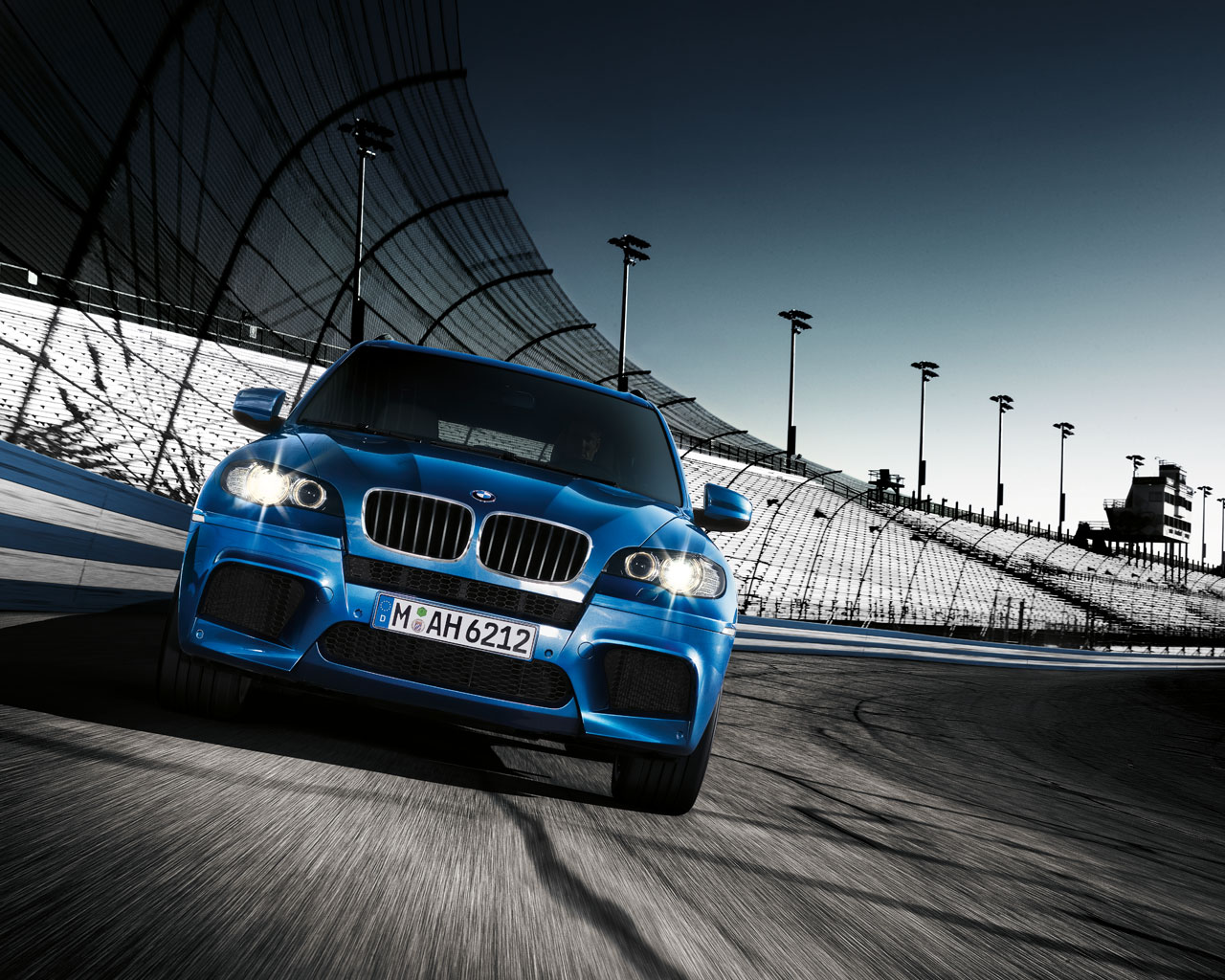 A used X5M is a really good deal. Where else can $50,000 buy you an exception to Newtonian physics? How can a 5,368 pound truck brake like the Greek economy, pivot like a start-up and accelerate like Tesla’s stock price? The secret seems to be a natural balance of forces as massive brakes convert force to heat. A turbo-charged V-8 is counterposed against inertia. Tree tunk sized anti-roll bars struggle against tilt. Gargantuan sticky tires give their short lives to keep the X5M on the road. All this has one feeling like they are traveling at the edge of the expanding Big Bang, with the entire gravitational pull of the universe trying to slow your explosive acceleration. 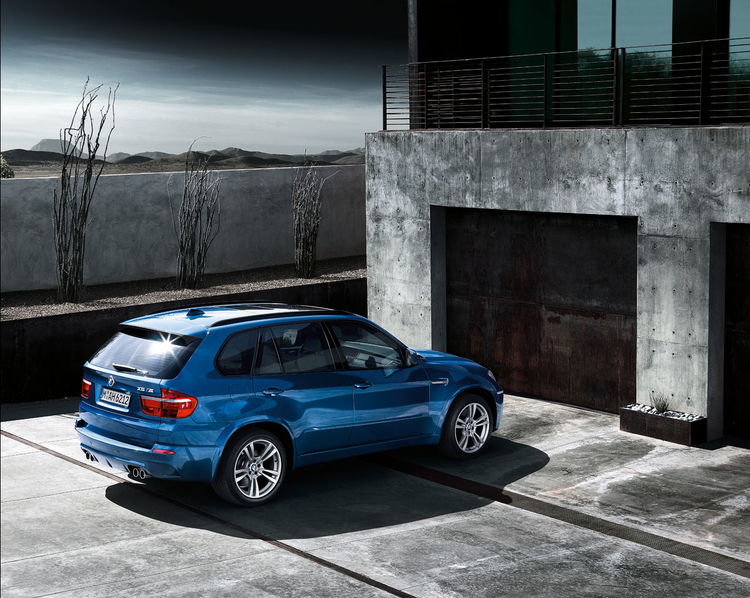 Everything about the SUV is a sublime, minutely calculated balance of great forces. The effect is magisterial, like a monarch who fills their tank from  the strategic oil reserve. Every throttle application feels like a thermonuclear whim. Every time you corner it is like Kim Jong-un ordering an about face during a military parade. Because I am an automotive journalist, I am astoundingly conscious of the X5M’s mass. For most drivers, the titanic polarities of the car will cancel each other out and all that will be left is sports car acceleration, handling and braking. It is like a man inside a capsule that has rockets firing him up and down at the same time. There are tremendous forces at work, and the capsule is under enormous stress, but he feels only balance. 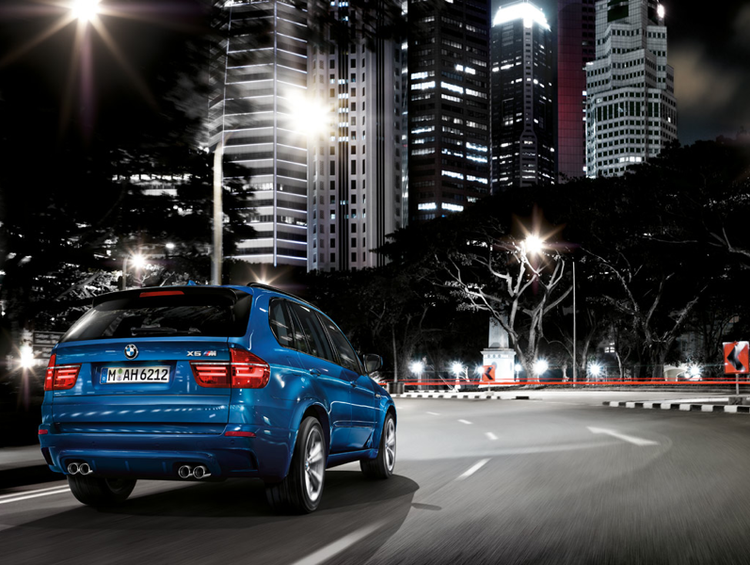 The interior feels like a $100,000 car. Perforated leather seats with adjustable side bolsters cosseted my torso and held me firmly in place during cornering. Aluminum trim felt far more authentic than thinly veneered wood. Three children, two in car seats, fit comfortably in the back. A familial amount of ski baggage fit in the rear. The steering wheel was meaty and stitched. Aluminum paddle shifters fell to my hands. An M button firmed the steering, suspension and transmission. The engine barked and burbled and blipped its throttle on downshifts. It made me seriously consider this rapidly depreciating asset. 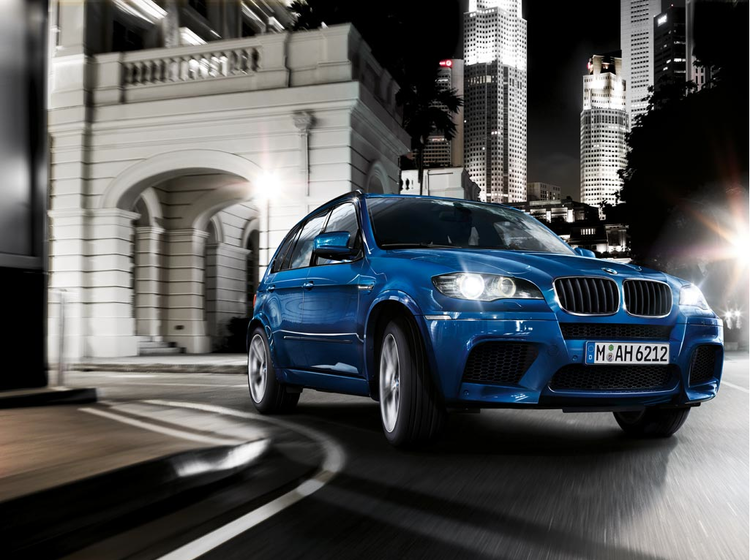 An S63 AMG Mercedes sedan with comparable 536 horsepower starts at $139,300. A Porsche Cayenne Turbo SUV, with 500 horsepower starts at $107,100. So BMW’s X5 M is priced very competitively with its peers. The more relevant question is why someone would buy this massively powered SUV when they could have the M5 sedan with the same engine, the same amount of interior room and weighing 1,000 pounds less? What are you getting in the X5 M for the extra 1,000 pounds? Two things: four wheel drive and height.

I had the opportunity to drive the X5M from Marin, California to Lake Tahoe, clipping the apexes of winding redwood forest, surging along interstates and climbing icy Sierras.

Driving over Mt. Tamalpais, the X5M was thrown through a series of hairpins at sports car speeds. Braking deeply into corners, pulling at paddles into a lower gear, the nose barely dived. Turned sharply into corners, there was a perceptible weighting of the outside tires and then glorious sticky stability. Accelerating out of the corner, forced us into the seat backs with amusement park levels of giggle. 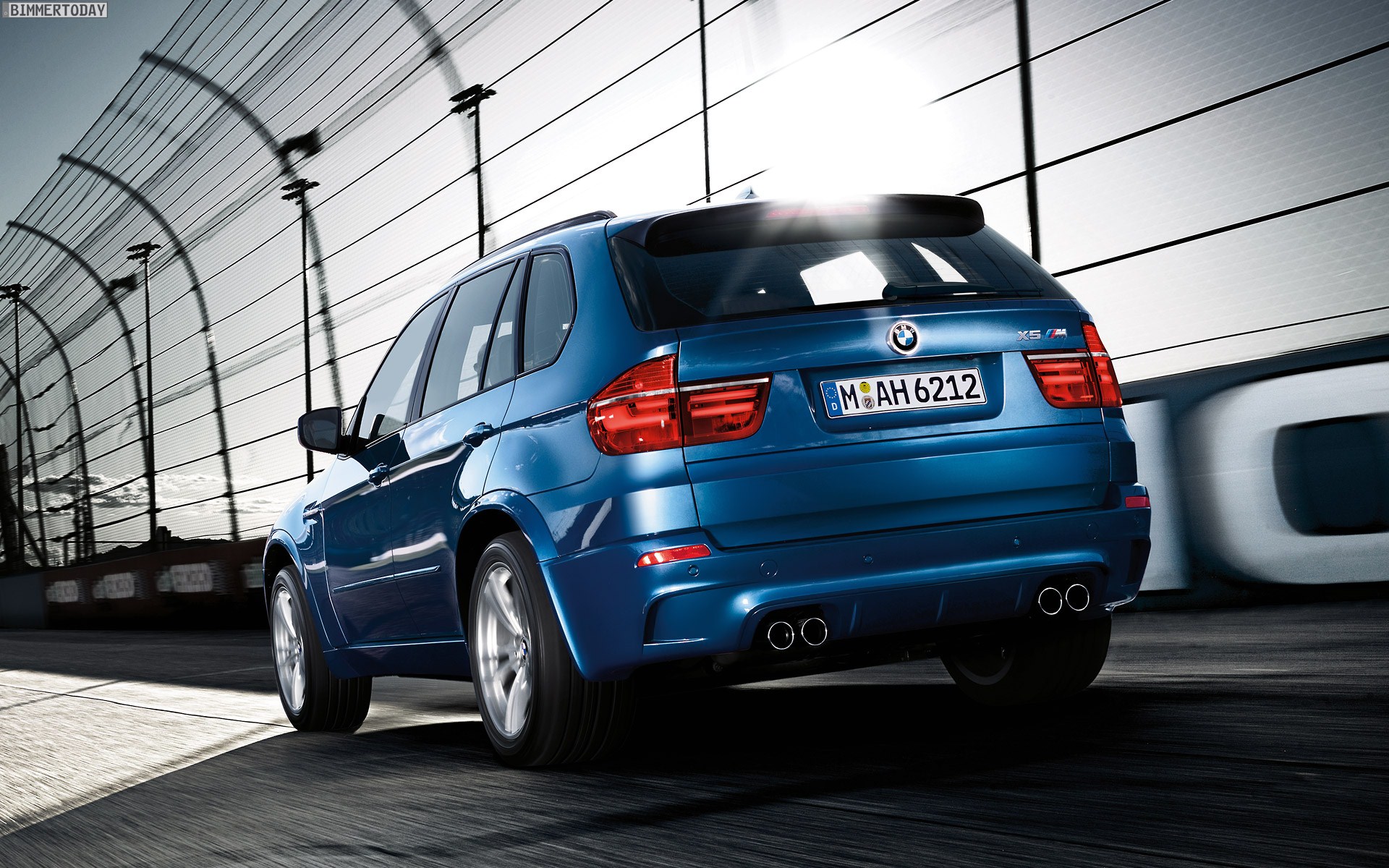 For most of my driving I would prefer a lighter sports sedan but on the freeway, the height gave me the foresight to brake early and avoid congestion. Compared to my normal view of the car in front of me, I could see for miles and miles. It was like an oracle was softly whispering in my ear about freeway punji pits and murderous plots. 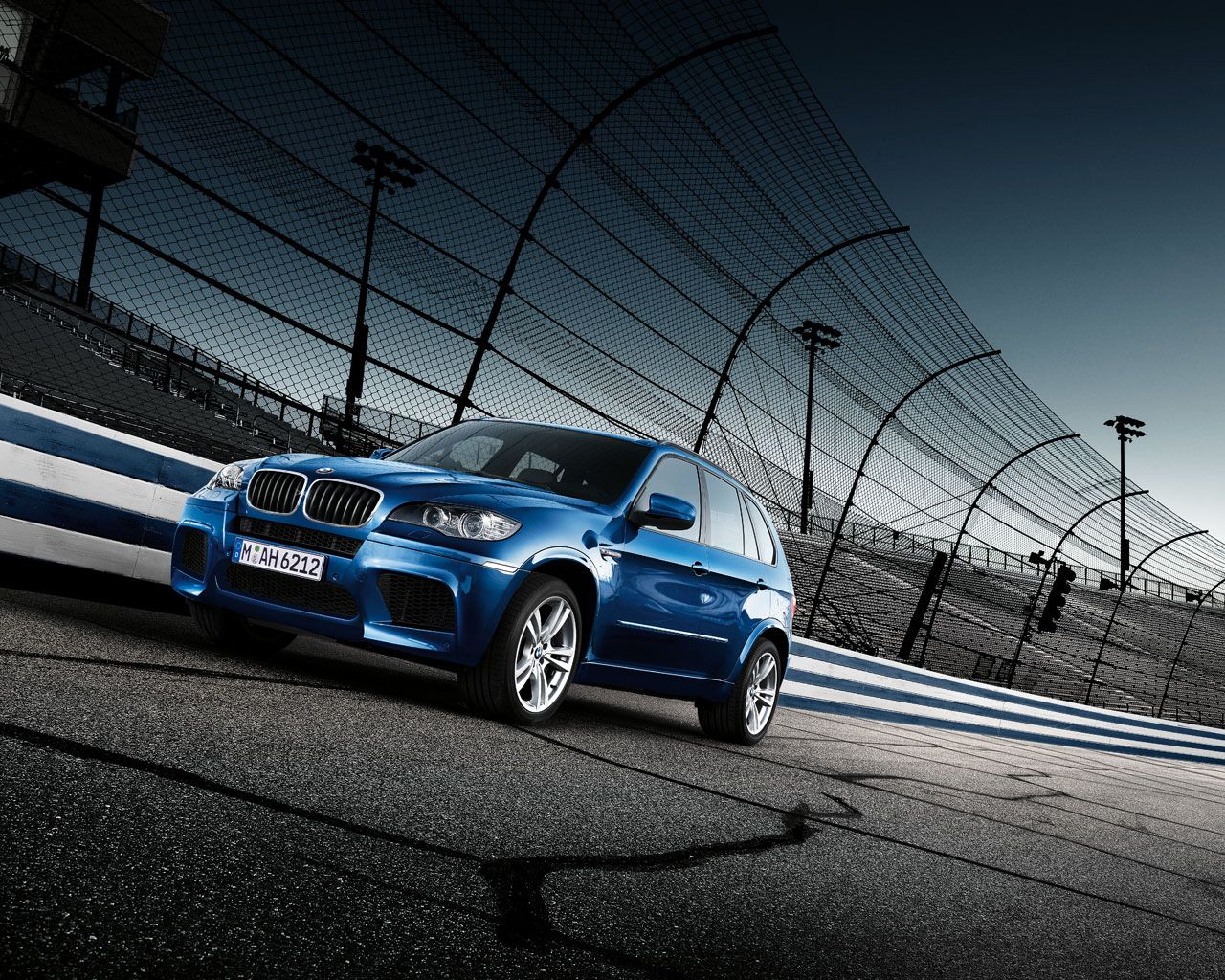 It was in the blizzarding Sierra Nevada mountains that the four wheel drive earned its weight, the front wheels clawing us out of corners when the power began to spin the rear wheels, settling the car like an octopus roller skating on eight legs.

I enjoyed the X5M beyond my expectations, like an aristocrat who discovers a taste for stable boys or beer. I am a fan of nimble, lightweight sports cars like the Porsche Cayman and Lotus Elise. But I delighted in the freakishly powerful, strangely balletic SUV. Living with the X5M was like taking a Samoan castrato as a lover: strange, powerful and likely to make you question what you really want from a long-term lease. 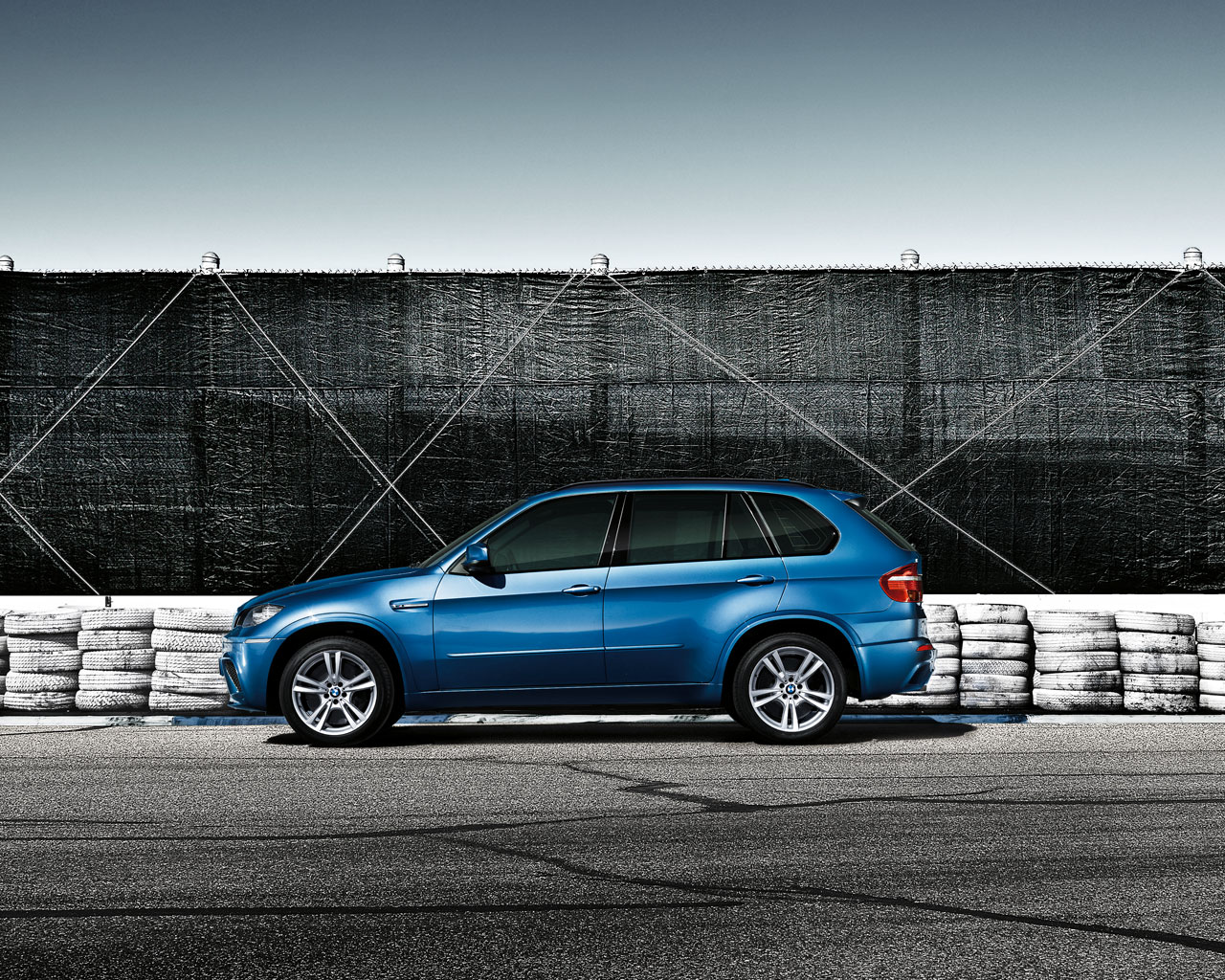