The year was 1980 and it dawned a new day in automobile advancement. The previous decade was ruled by muscle cars with Holley carburetors, leaf springs and backfiring V-8’s.  But by the late seventies big blocks and Hemi’s were past their prime. Emissions restrictions in the United States limited fuel consumption and forced automakers to trim fat from the lumbering behemoths. Fuel Injection pumped new life into the decade while dual weber carburetors coughed and choked. Some manufacturers were fiddling with forced induction, power windows and independent rear suspension, unaware that they were on the brink of a new age. Manufacturers realized removing weight would solve the emission problems, thus was born, the compact car.

Europeans had already discovered the sport compact or sports sedan. Models like the Datsun 510, the BMW 2002, the Mini, and the Toyota Corolla had forged a path and created a market that had never before existed.  New found technology of the 80’s enhanced these models and were at the cutting edge. At this time BMW needed something new and introduced models such as the 7 series (e23) and updated 3 series (e30) to its lineup. These models came with disc brakes, electronic fuel injection, ample trunk space, and those classic boxy lines of the time period. The e30 was BMW’s compact sports car and couldn’t wait to incorporate some new technology.

BMW had been experimenting at the time with the launch of the M division and turbocharging. All wheel drive(awd) was legalized in rally racing in 1979 and Audi jumped on the opportunity. The thought at the time period was that the added complexity of the all wheel drive components would not yield any gains on the clock. The awd Quattro proved naysayers wrong and before long was dominating gravel stages throughout Europe. People took notice and realized the advantages of all wheel drive. It wasn’t long before the awd was seen on the streets. Subaru had already been in the AWD game with the Leone, Justy, and BRAT and Audi had already introduced the 80 and 90. Automobile manufacturers saw a market in which they needed to compete. 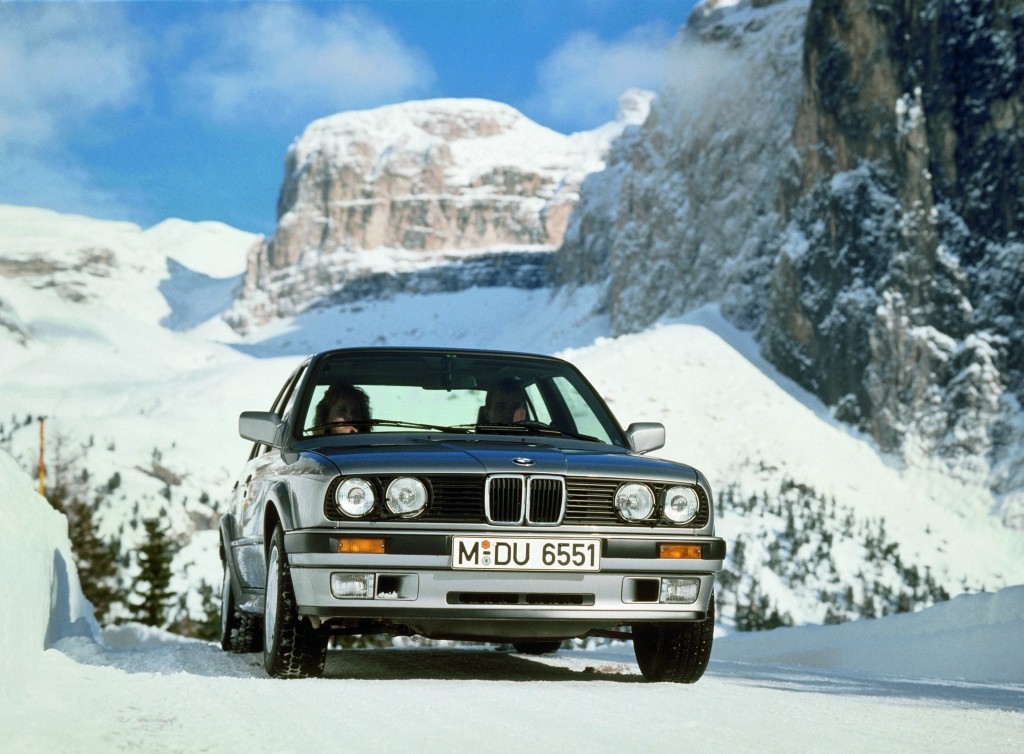 It was known as the 325iX meaning 3 series, equipped with a 2.5 liter fuel injected engine. The X denoted the all wheel drive. The first 325iX rolled out of the factory in February of 1985. It took another 8 months until the car was ready for mass production and for sale in October 1985. In e30 world there is a pre-facelift model and a post-facelift model with a few minor differences. The change came in 1987. The pre-facelift model did not make it to US shores. BMW introduced the 325iX to the American public in 1988 with the post-facelift model.  In order to sell more models in North America, the 1988 325iX came standard with more features than the later models including an electric sunroof, trunk spoiler, 13 button on board computer, and recaro ‘sport’ seats. This year was only offered as a 2 door manual, but automatics and 4 doors came a year later in 1989. 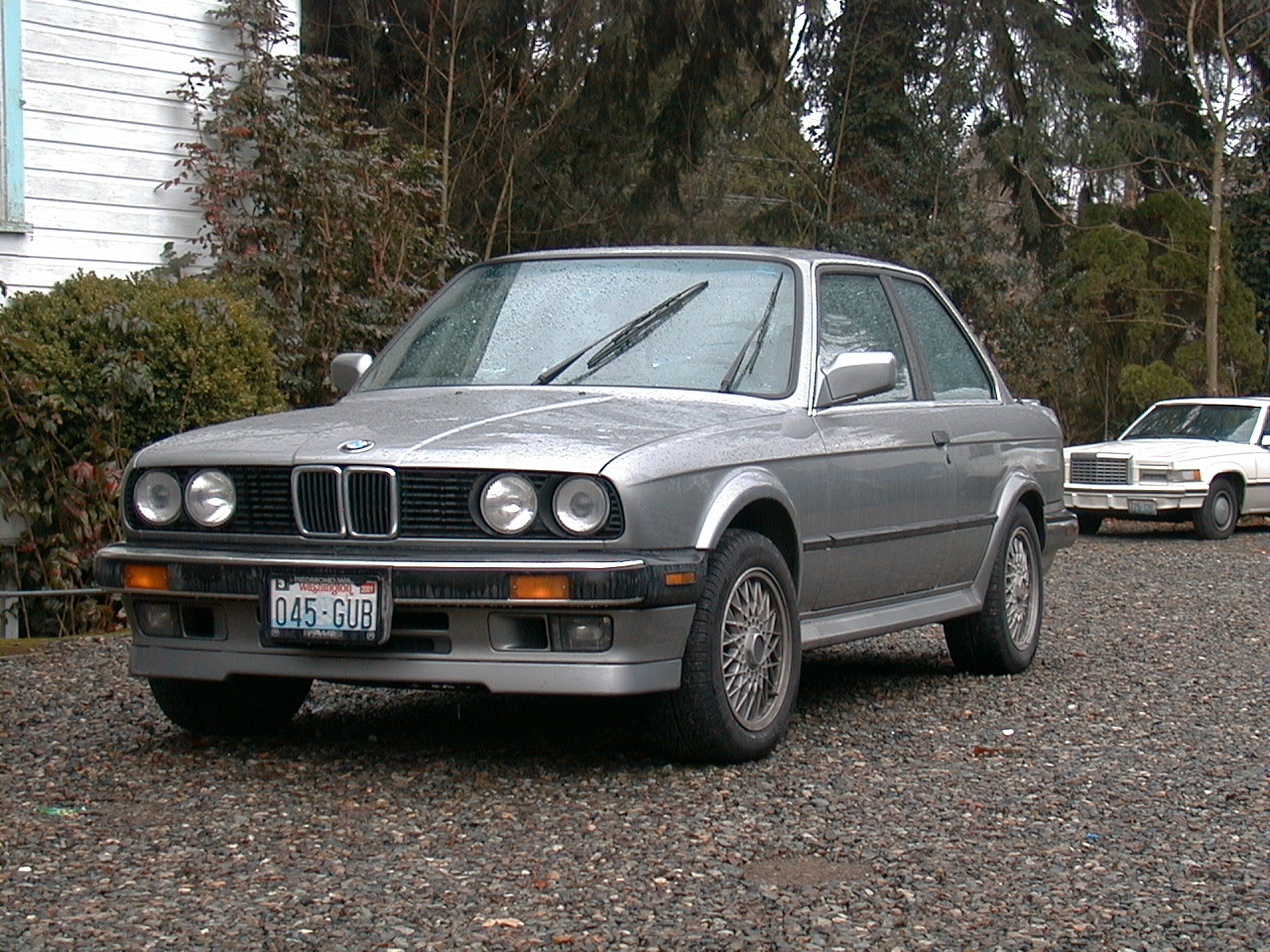 Few details differentiate the 325iX from a standard e30. The first is the iX specific fender flares which provide an aggressive look. Second is the monster truck style ride height. The front suspension had to be modified to accommodate the awd components and more ground clearance was incorporated in the design. The last is the 325iX emblem on the trunk. Aside from those minor details the car looks like a regular e30. It is equipped with the same timing belt driven m20, Getrag g260 transmission, and disc brakes as it’s rear wheel drive counterpart. The oil pan on the m20 has been modified where the passenger front drive shaft actually passes through a hole in the oil pan to retain clearance under the pan. Due to this, the 325iX retains the durability known from the e30 model. 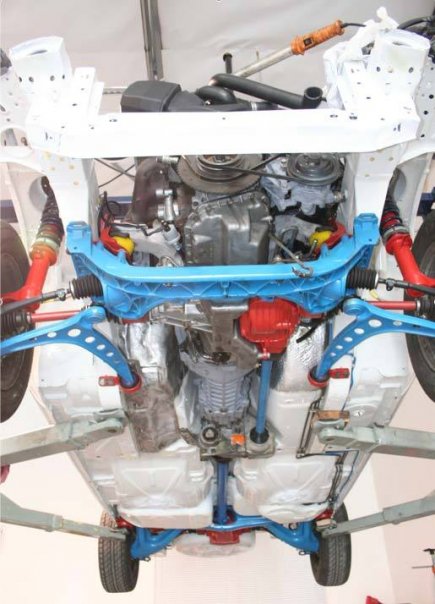 Unlike most awd vehicles whose power is split 50/50 between front and rear, the 325iX has power split 37/63 to the front and rear. This was decided due to the weight distribution on full throttle launches and keeps the front wheels from spinning on these launches, unlike some other awd cars. Not only does this provide superior grip, but it helps reduce understeer in corners as typically felt in awd vehicles. The system is comprised of a transfer case that delivers 37% of power to a second drive shaft going to a front differential that then splits it to the front wheels. Aside from the transfer case, the rear driveline is unchanged.Unlike most awd systems whose system was redesigned altogether to incorporate the added driven wheels, the rear wheel drive e30 was converted into an awd model with the aforementioned components. This influenced how the modern day awd BMW’s are designed and they follow this design which has an extra shaft transferring power to the front of the car. The Audi, Subaru, and Toyota systems do not have this transfer case and front driveline; the transfer case and differential are essentially built into the gearbox or driveline. For Audi, this meant the engine had to sit in front of the front axle, which lead to a nose heavy car. In rallying, this helped the front wheels bite and dig into the loose gravel to turn the car, but on the road led to heavy understeer, something BMW tried to avoid. 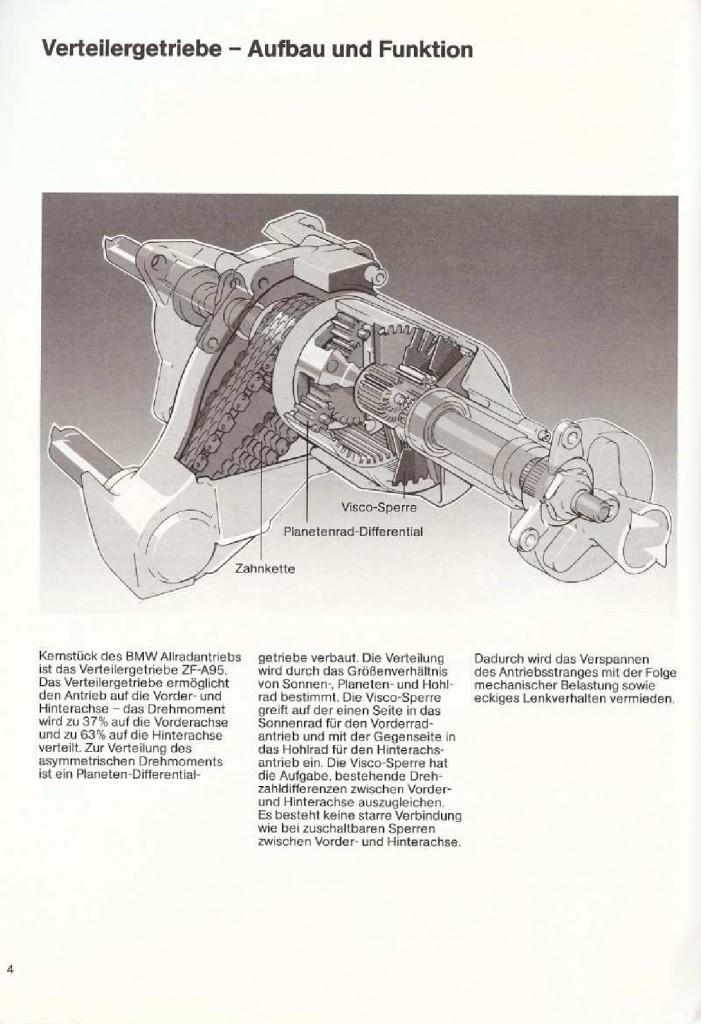 The 325iX transfer case is of the viscous coupling type and consists of silicone and multiple metal slots and plates. It is not computer controlled. A series of plates with holes and slots turn in the silicone fluid. Some plates are attached to the front axle driveshaft and some are attached to the rear axle driveshaft. Normally the plates turn at the same rate without relative motion. The silicone becomes very viscous as soon as shear between the motion of the plates occurs. The high viscosity causes the plates to move at the same speed rather than slip. This locks the driveshafts and reduces wheel spin. If the rear wheels and driveshaft are slipping and turning faster than the front, friction between the plates increases, slippage is reduced, the rear wheel spin is reduced and the power from the input shaft is transferred to the front. The drive system adds only  abou 150 pounds to the vehicle and is very reliable. The viscous couplings are sealed permanently and require no maintenance. The only additional maintenance items required are changes of 1) the front differential oil and 2) the transfer case fluid. 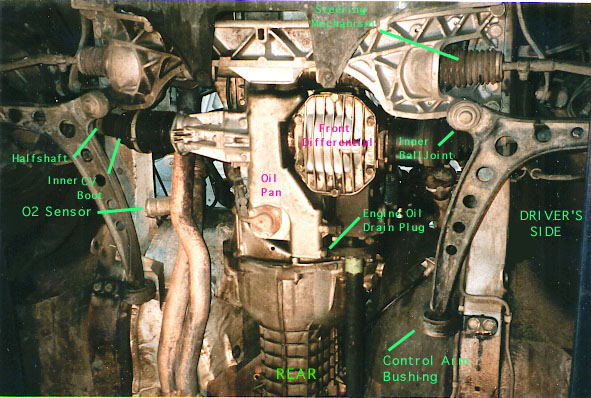 The front differential is open allowing the wheels to spin at different speeds. This was done to prevent the phenomenon known as torque steer where the front wheels pull the vehicle off course and aids in more precise steering. All in all, the added components’ weight keep the car just under 3,000 pounds. The 37/63 power distribution allows for a point and shoot style of driving with a bit of understeer compared to the rear wheel drive counterpart. Production continued until 1992 when e30 production ended. 43,560 325iX’s were produced with only a sliver of those ending up in North America. 6,346 were sent to the states and Canada. Considering only about 5,000 E30 M3’s were sent to North America, the 325iX is more of an unknown unicorn in today’s automotive landscape. 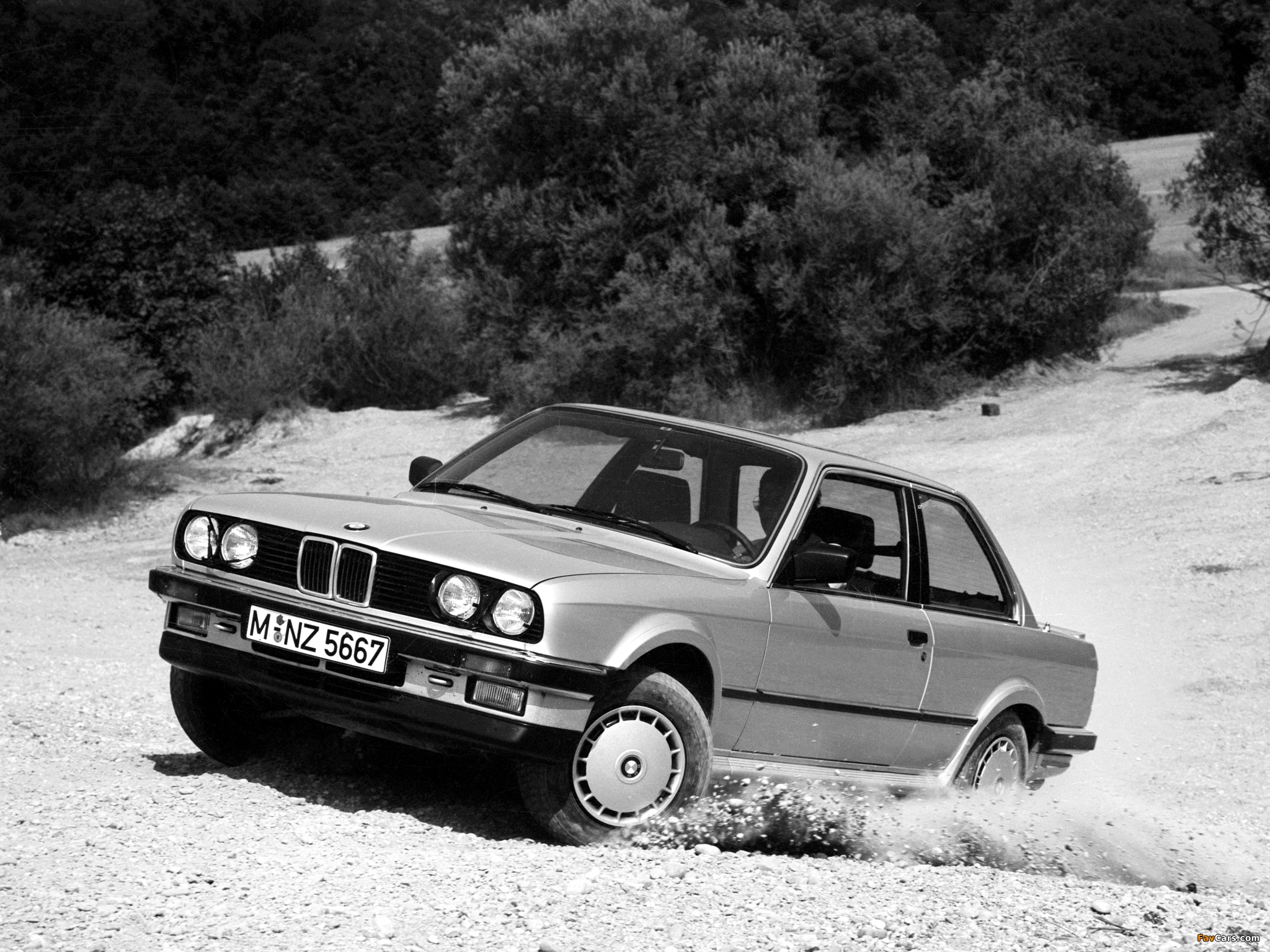 Several of these cars are still around in Colorado and usually one or two can be found in the classifieds. It is worth noting the 325iX base price was $32,800 back in 1988, almost as expensive as the m3 of the time (approx. $36,000). This makes for a rather rare car these days considering they were mainly used as a winter commuter and subject to metal’s mortal enemy, salt which rusted away many of these models. As such, most people have never heard of the 325iX model and may never know of the prestige that comes with owning one of these winter warriors. Modern xDrive systems utilize computer controlled differentials which do not provide the instant feedback of the mechanical awd system used in the 325iX. 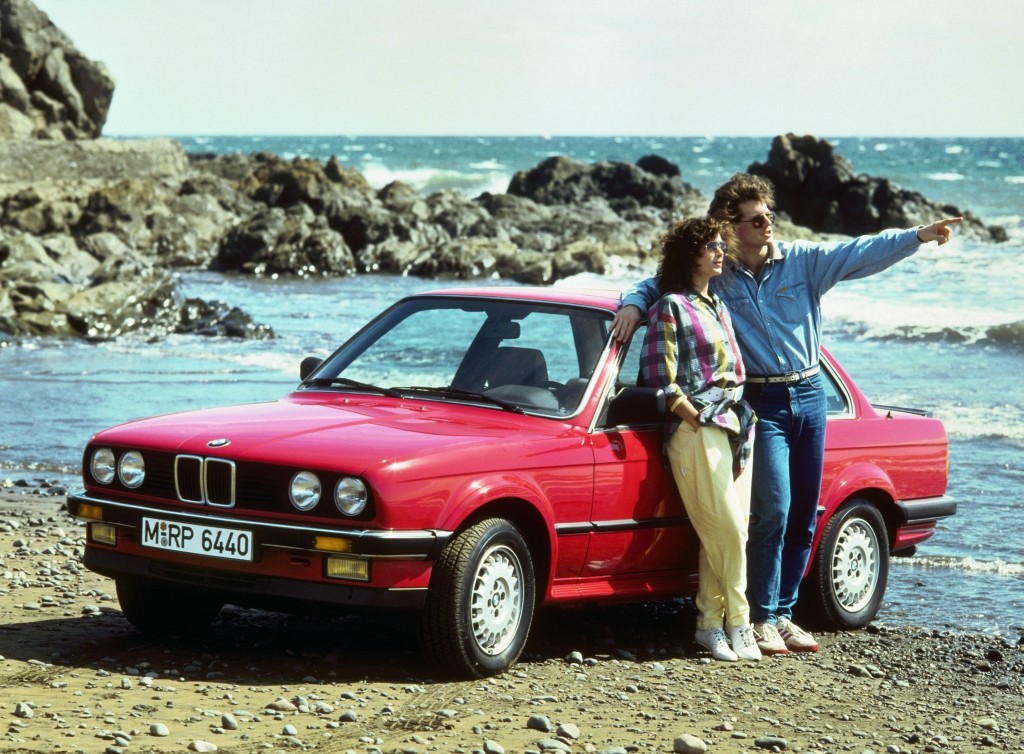 I myself daily drive a 1991 325iX and may be biased on the ability the car has in adverse conditions, but it is extremely capable, and feels like a rocket ship in the snow. Keep an eye out for part two of this write up where we examine the details between the pre-facelift 325iX (not sold in the US) and the post-facelift that was model introduced to the american public. For more details on the 325iX check out the Earthlink group put together by Gordon Haines called the 325iX Registry at http://home.earthlink.net/~hainesinutah/iX/index.html where maintenance and ownership experiences about the 325iX reside. 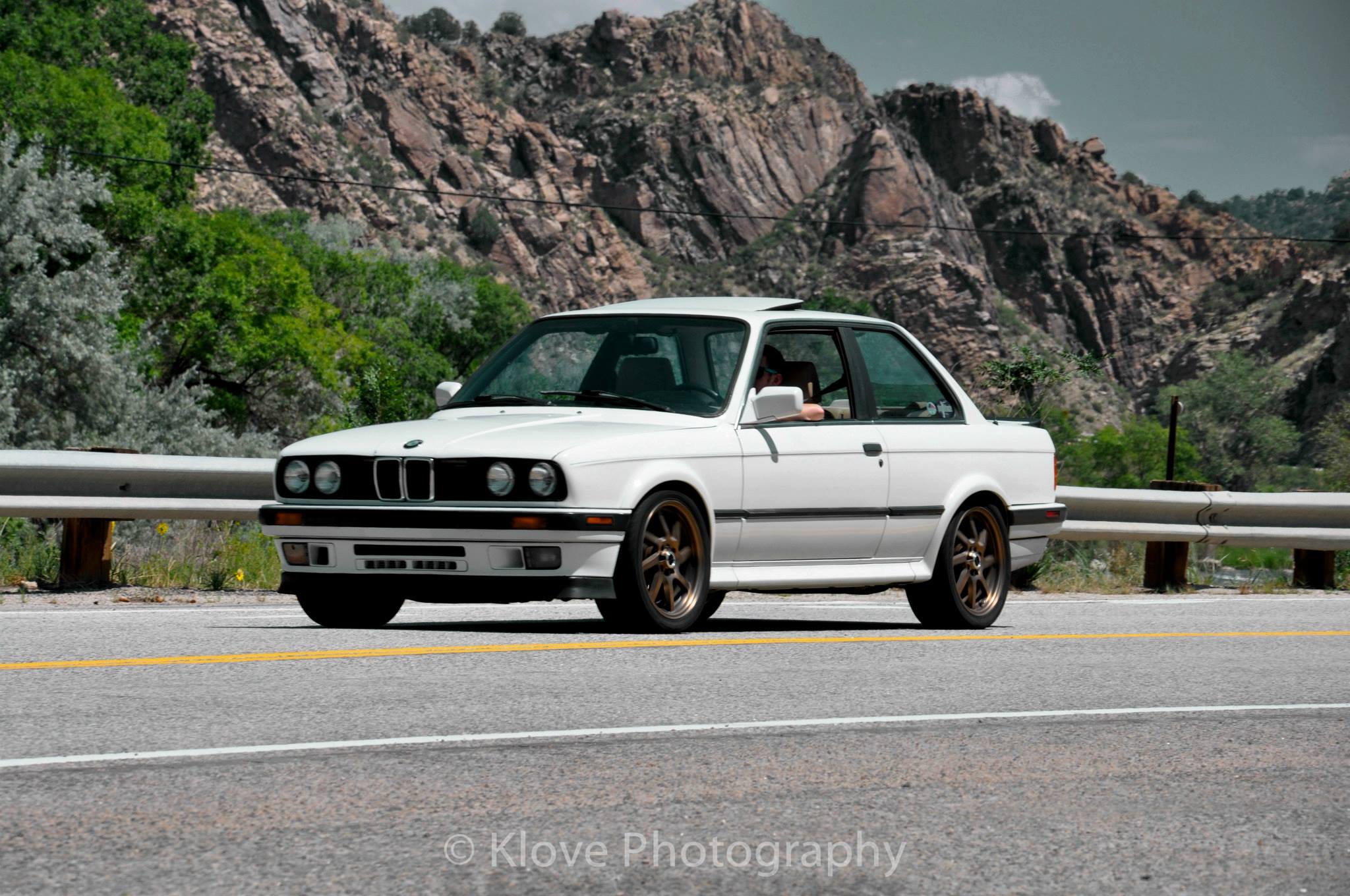