After attending Drive 4 Corners 2013, Ben wanted to share the unique story of he and his 2000 Touring.

As a child I can remember the garage door opening and seeing the Touring for the very first time. I was 4 years old and the year was 1977. 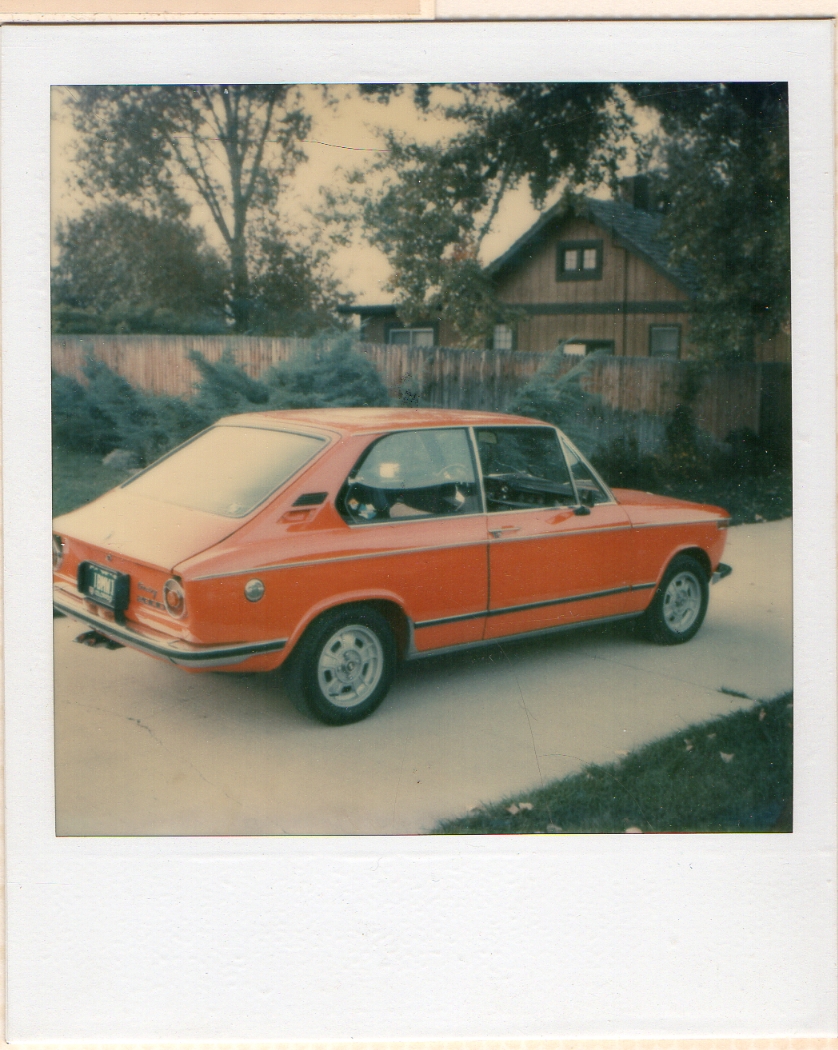 The story goes that the Touring was rear-ended 10 minutes after purchase and it took almost $1,400 and a year of restoration before the car was completed in June of 1979. My dad, Dennis Ryan, was always very active in the BMWCCA and was an integral part of Rocky Mountain chapter since it’s inception in the 70s. 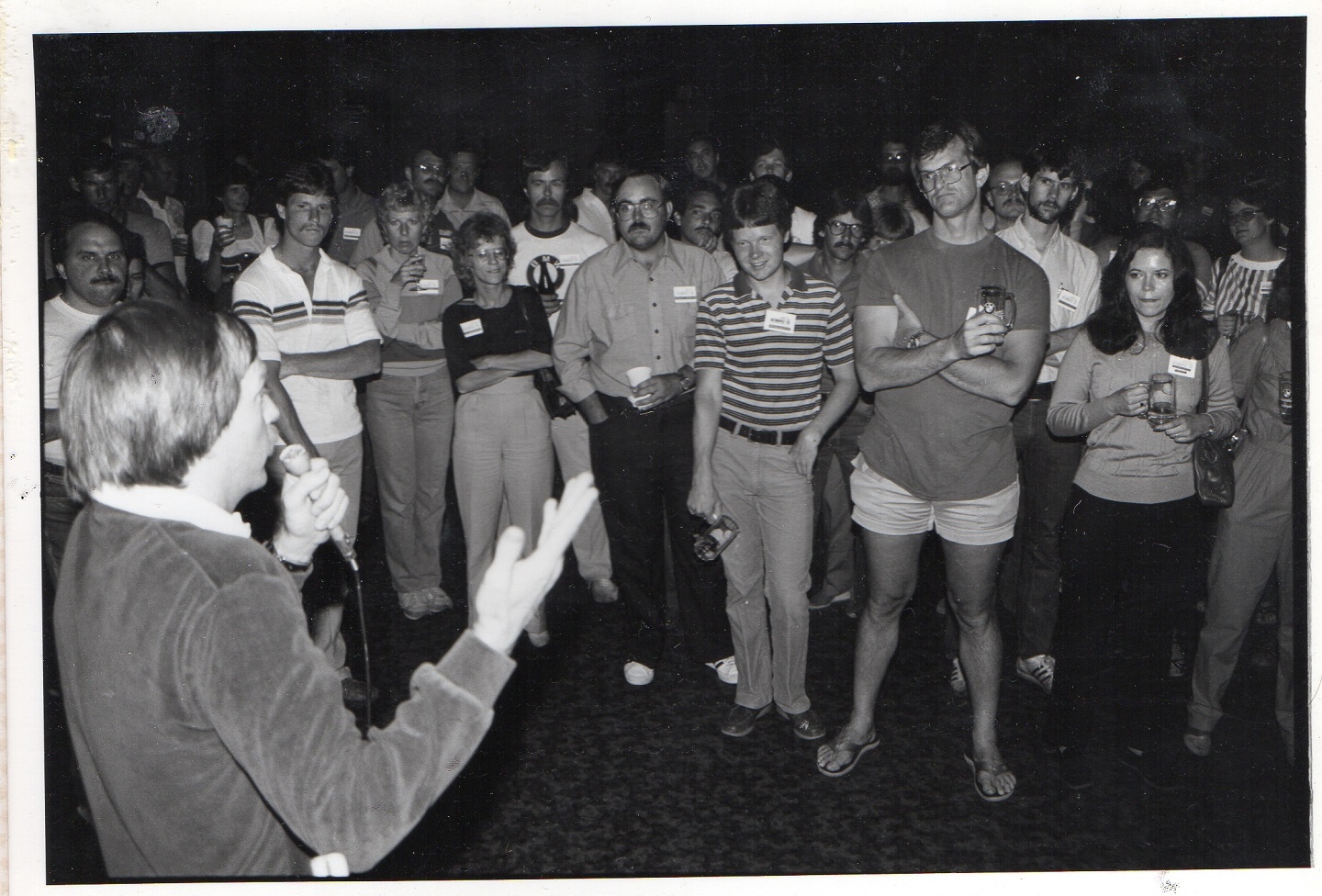 I attended my first OktoberFest in 1980 in San Diego, California. I rode on the luggage in the back with my dad and current BMWCCA club president, Bruce Hazard. 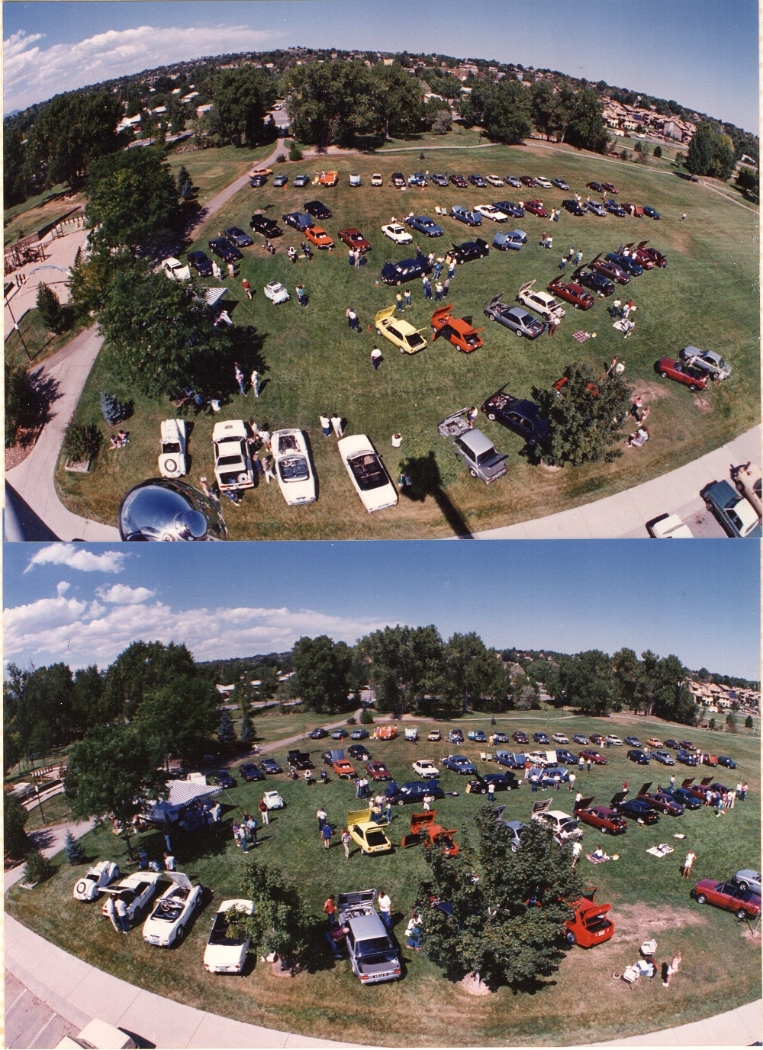 After that Oktoberfest, the Touring was on the cover of the February 1980 Roundel and appeared in many publications and magazines throughout the 80s and early 90s. He loved this car almost to a fault, and I remember him caring for it meticulously all those years ago. 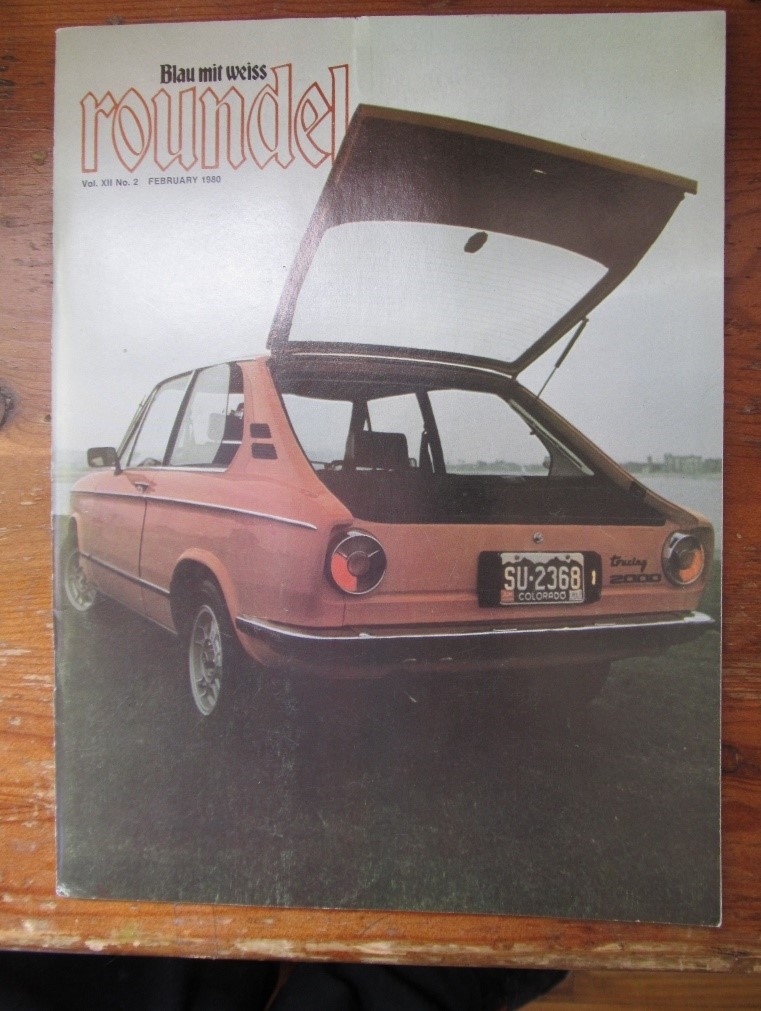 This car was my dad’s daily driver, and I remember listening to Led Zeppelin and the Blues Brothers sound track on the Alpine cassette player. 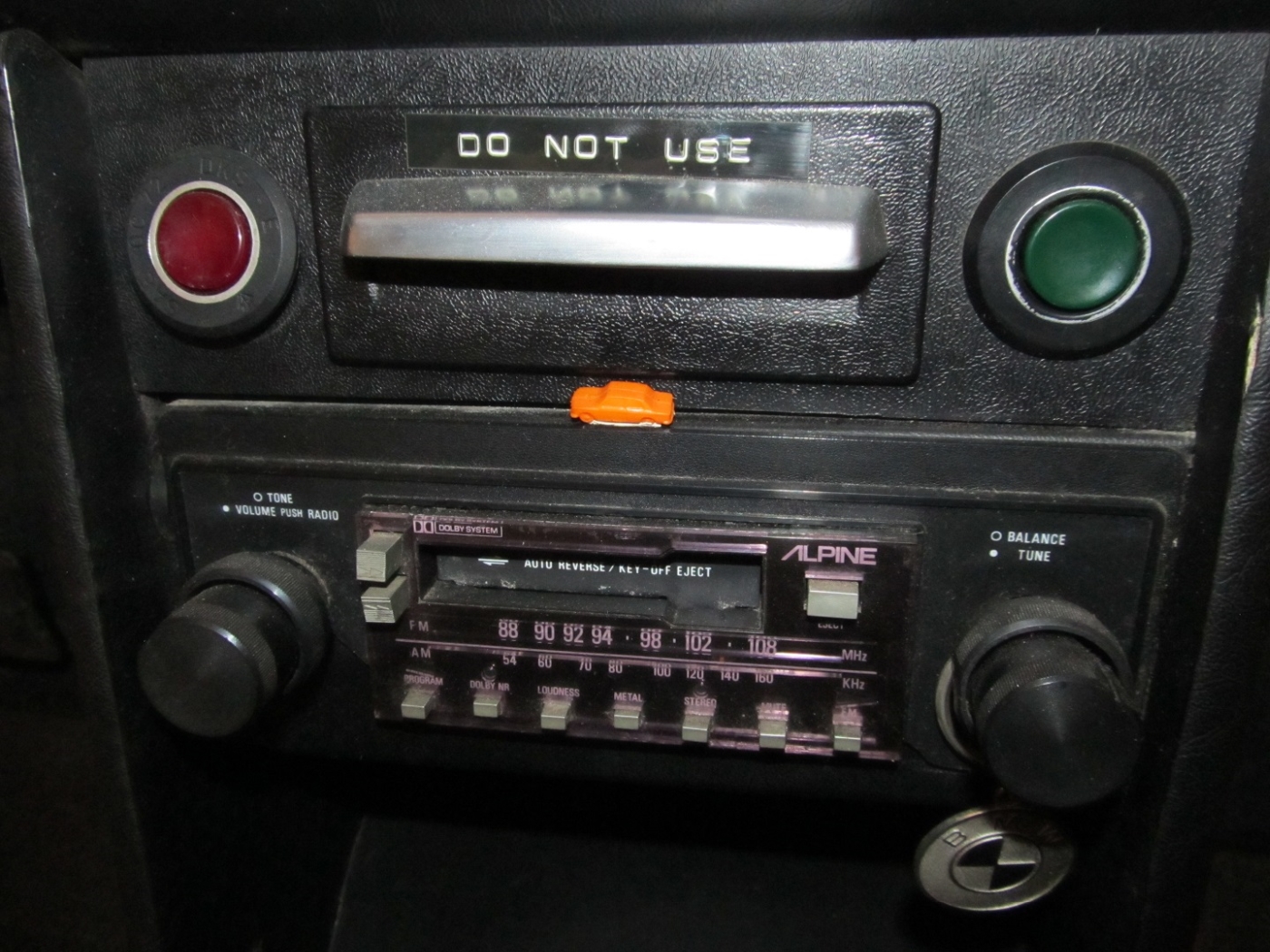 My parents divorced in 1991 and the Touring was parked. Through the difficult process, my dad wanted to make sure he kept ownership of the touring. He kept track of the car and had it stored so that it would not become intermingled with our family situation. Sadly my father passed away in 1995 and the Touring’s whereabouts were unknown to my family. I thought it was lost, gone to somebody who was driving it to the ground. For all I knew, I would never see it again, and it would remain a storied past only available in my memory and a few photos. 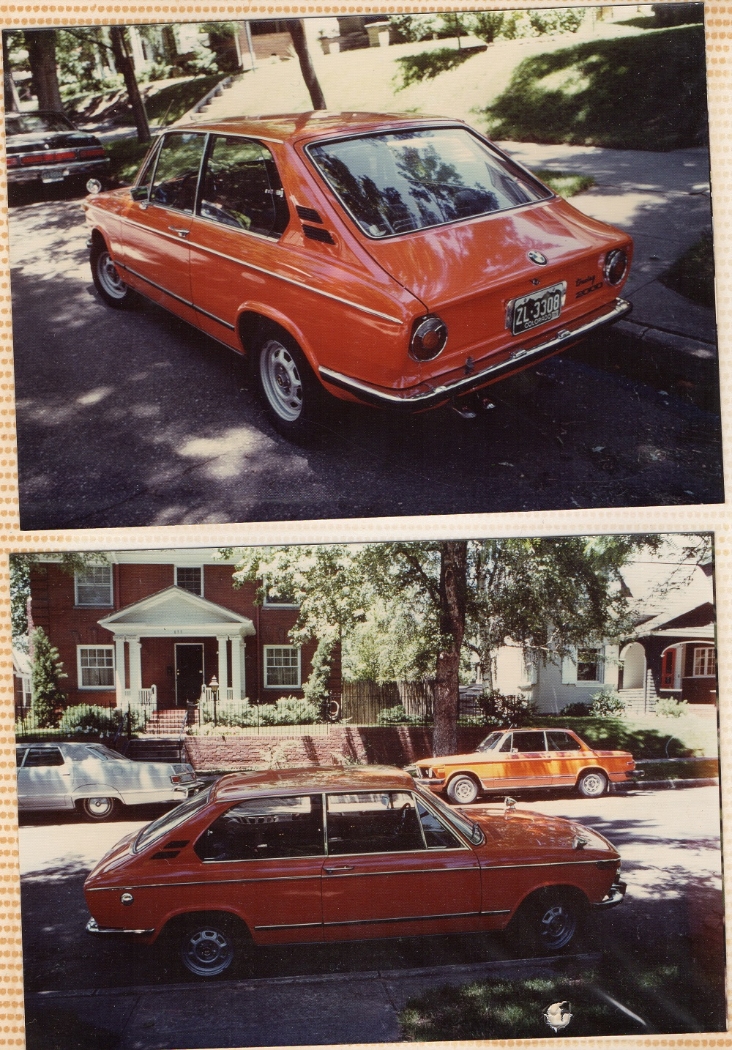 Fast forward to April of 2012. My sister, Molly, who does event coordination for the ski resort in Winter Park, Colorado, was helping a customer. By chance, the topic of the BMW club came up, and Molly mentioned how active my dad was years ago. The gentleman was curious about this and when she told him who her dad was, he exclaimed, “I have his car– would you like it back?” It turned out the man who had contacted her was Steve Hamilton, President of BMWCCA Rocky Mountain Chapter. Almost 20 years prior, my dad had entrusted the car to his care and supervision during a rough family crisis. He had stored the car all this time, not knowing how to contact me or my family. 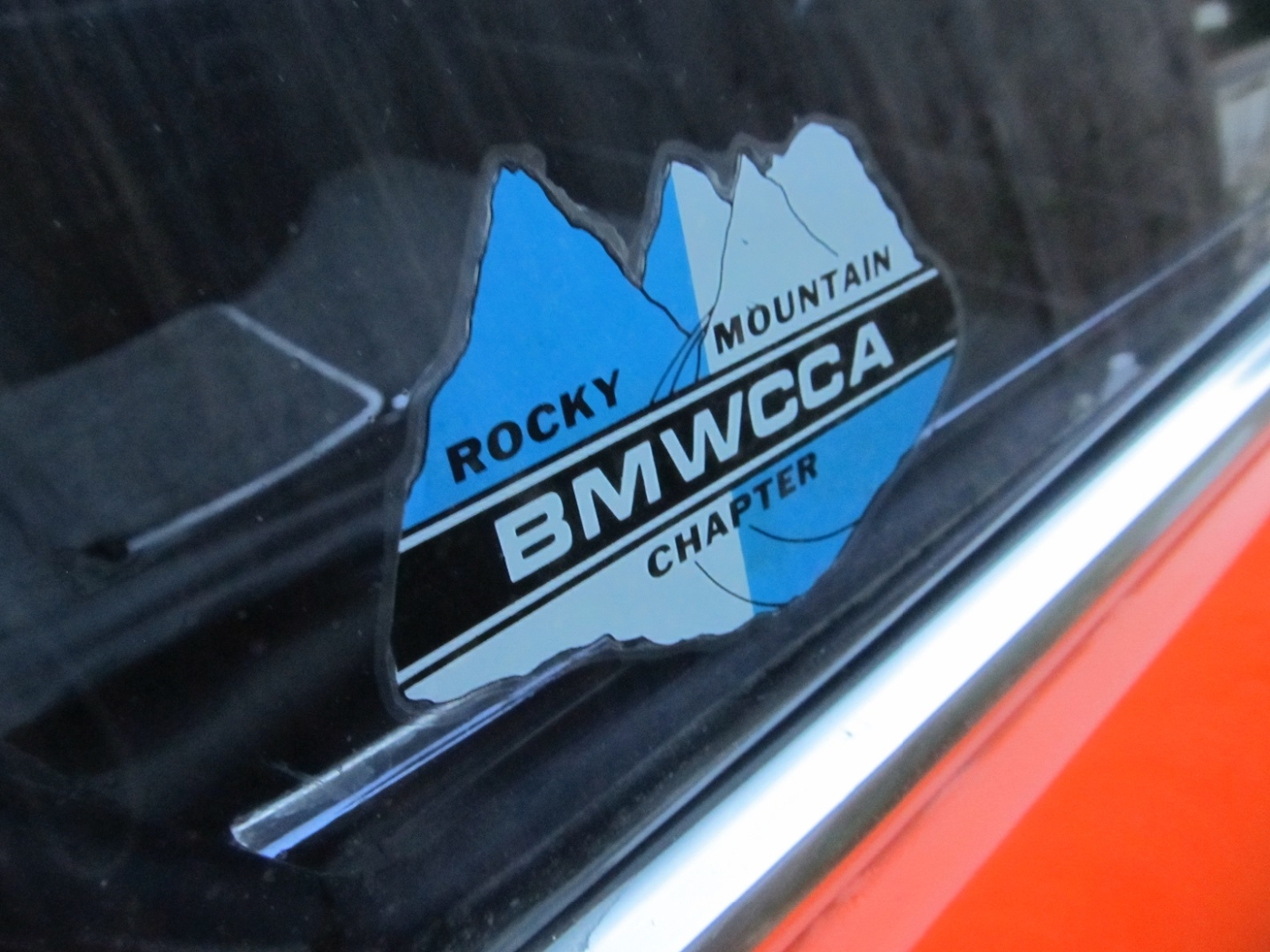 We got the car back on the 7th of July 2012. It was in excellent condition considering how long it sat, almost the same as I remembered it. Steve informed me the last time it was driven was over a decade earlier, during 2002 for the Oktoberfest in Keystone, Colorado. After doing some basic maintenance and changing all the fluids in the car, it started right up. 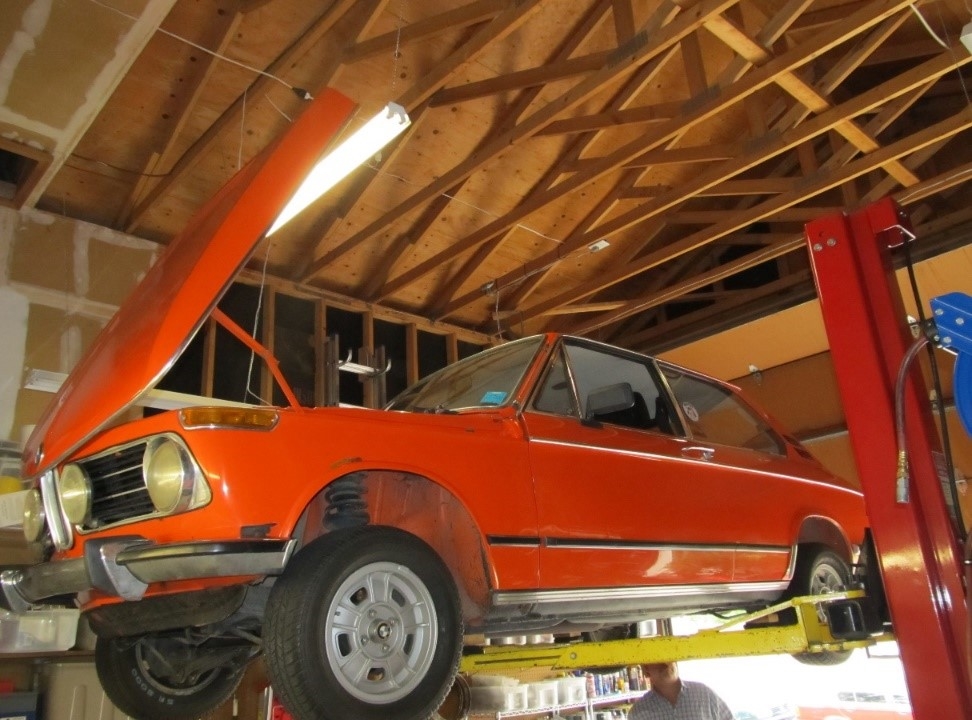 Tourings are very rare in the States and, we believe this car to be one of the very first imported to the USA. Although 1973 was not the first production year, my dad found the car in 1975, and few were imported back then. Not only are there maybe only ~50 said to exist in the states, but many of them cannot trace their roots back 40+ years. 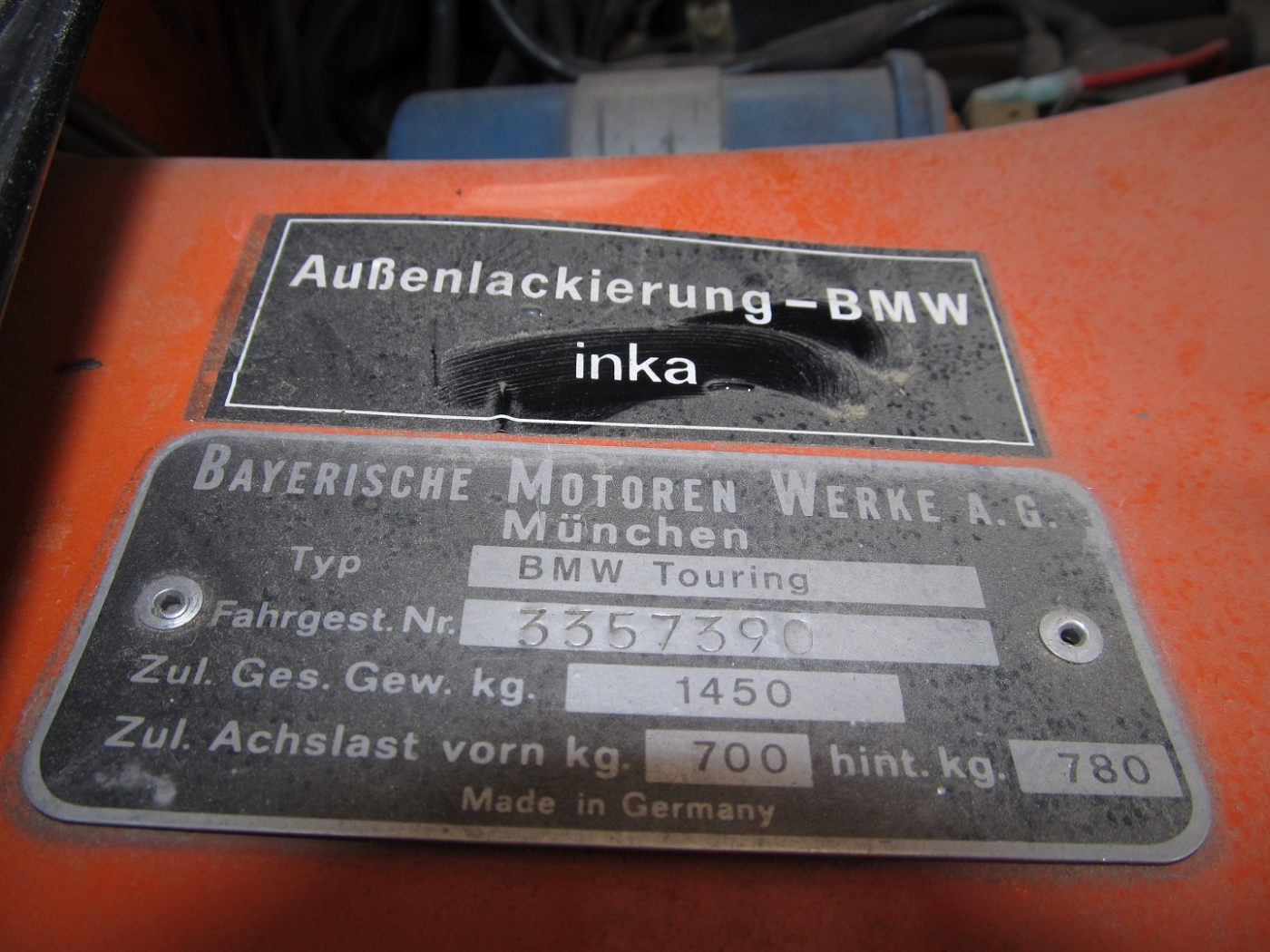 Getting the car re-titled was a huge pain. Over 8 months run around from the DMV and 2 VIN inspections from the Colorado Highway Patrol and I finally had a title.

In the past year I have gone through the cooling system, brakes, and suspension to get it road ready. I added a Weber 40 DFAV to give the engine a little extra. A keen eye will also notice a set of Stahl headers connected to the little M10 engine. 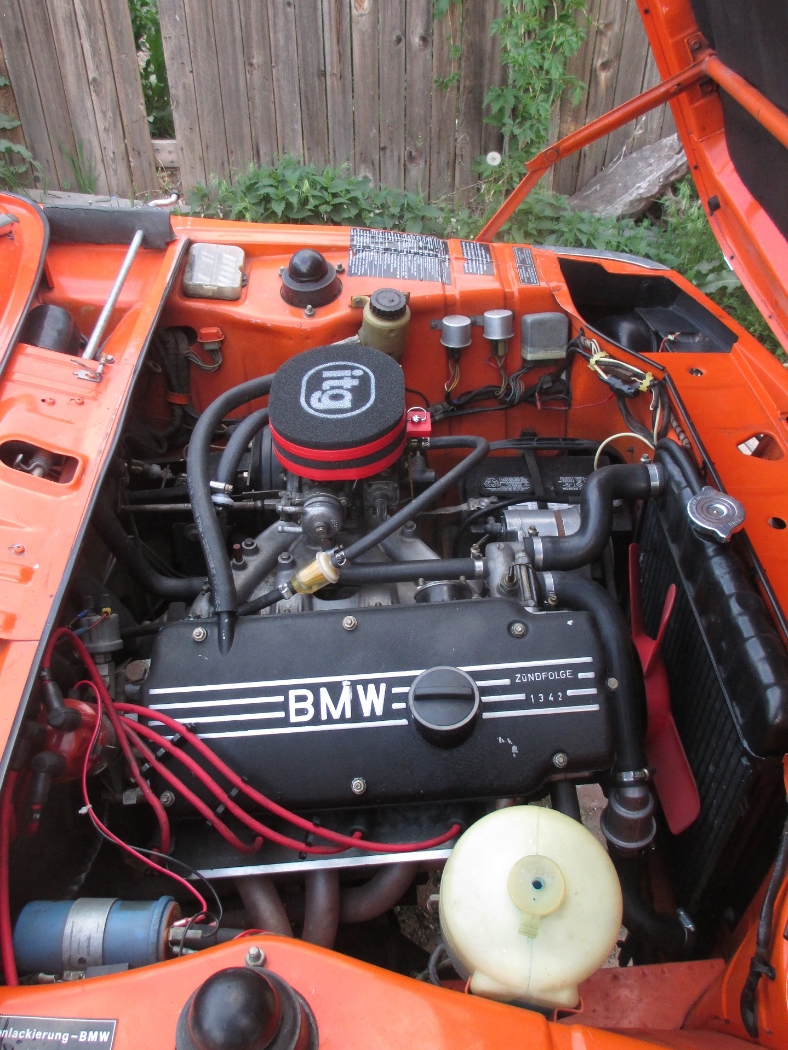 Among the other upgrades, was the addition of genuine Recaro sport seats. The cloth fabric and exaggerated bolsters only serve to hold the driver in place, and give an added experience when sitting in the cockpit. The car also has some special features that my dad added such as a Turbo gauge cluster and tii dizzy. 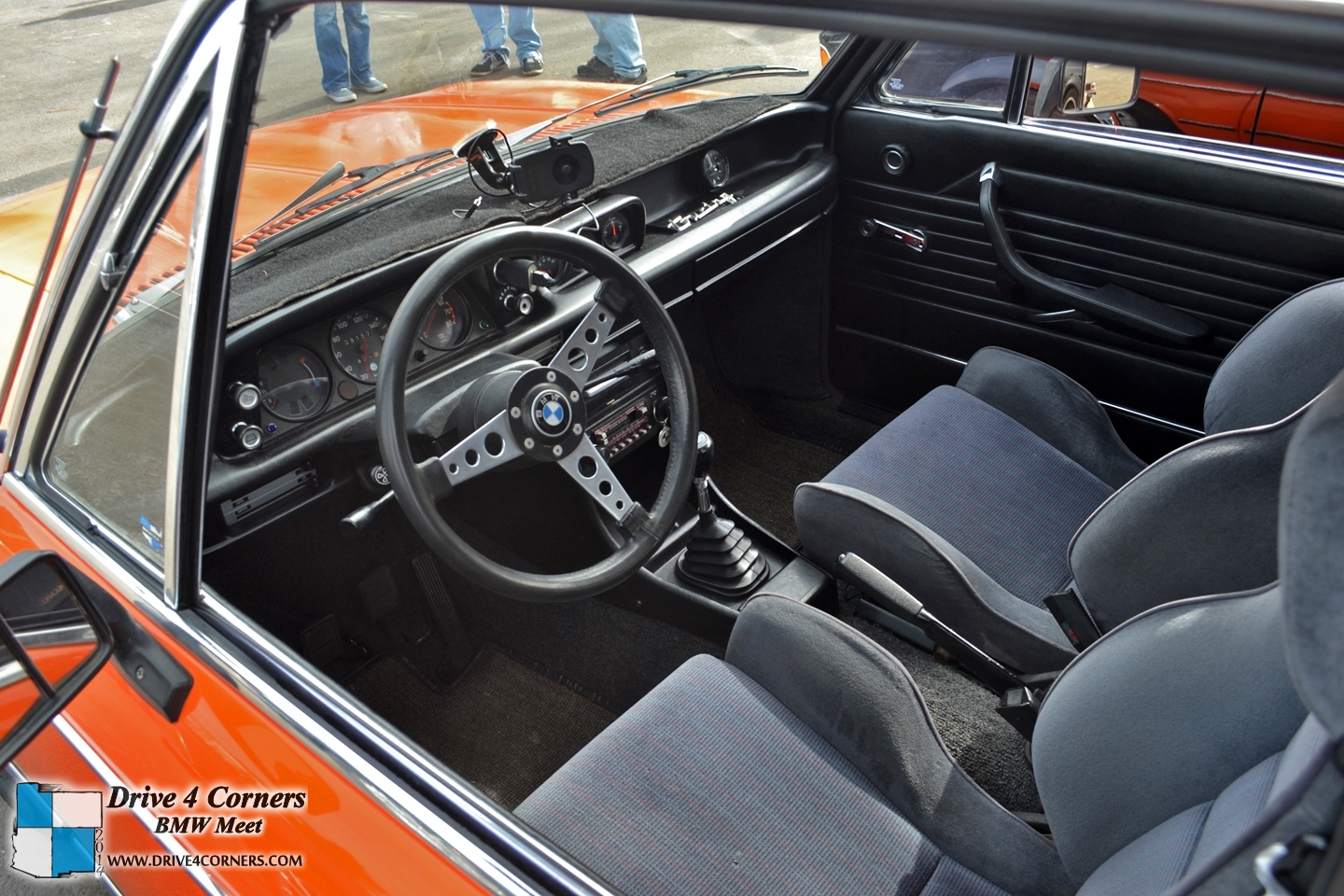 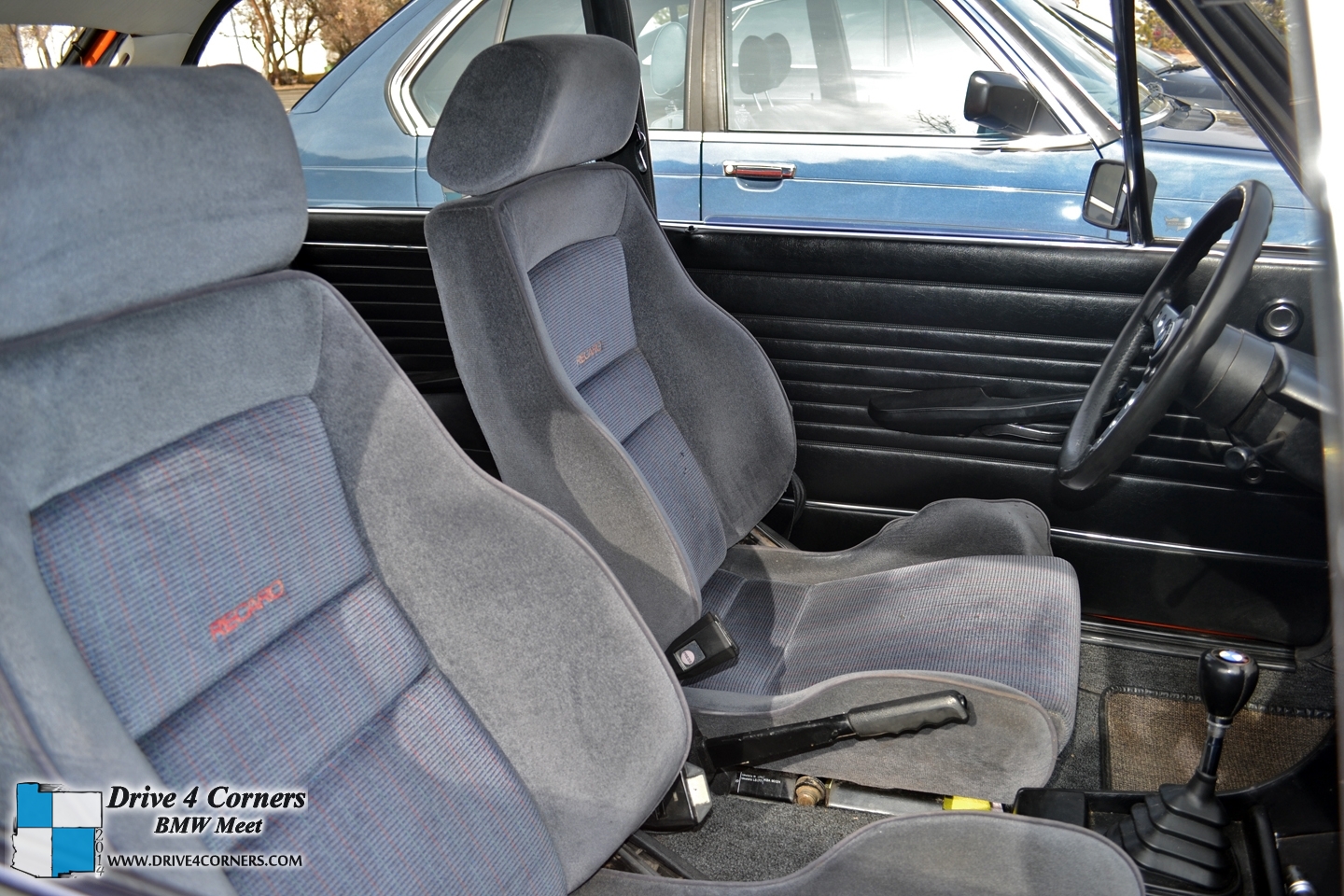 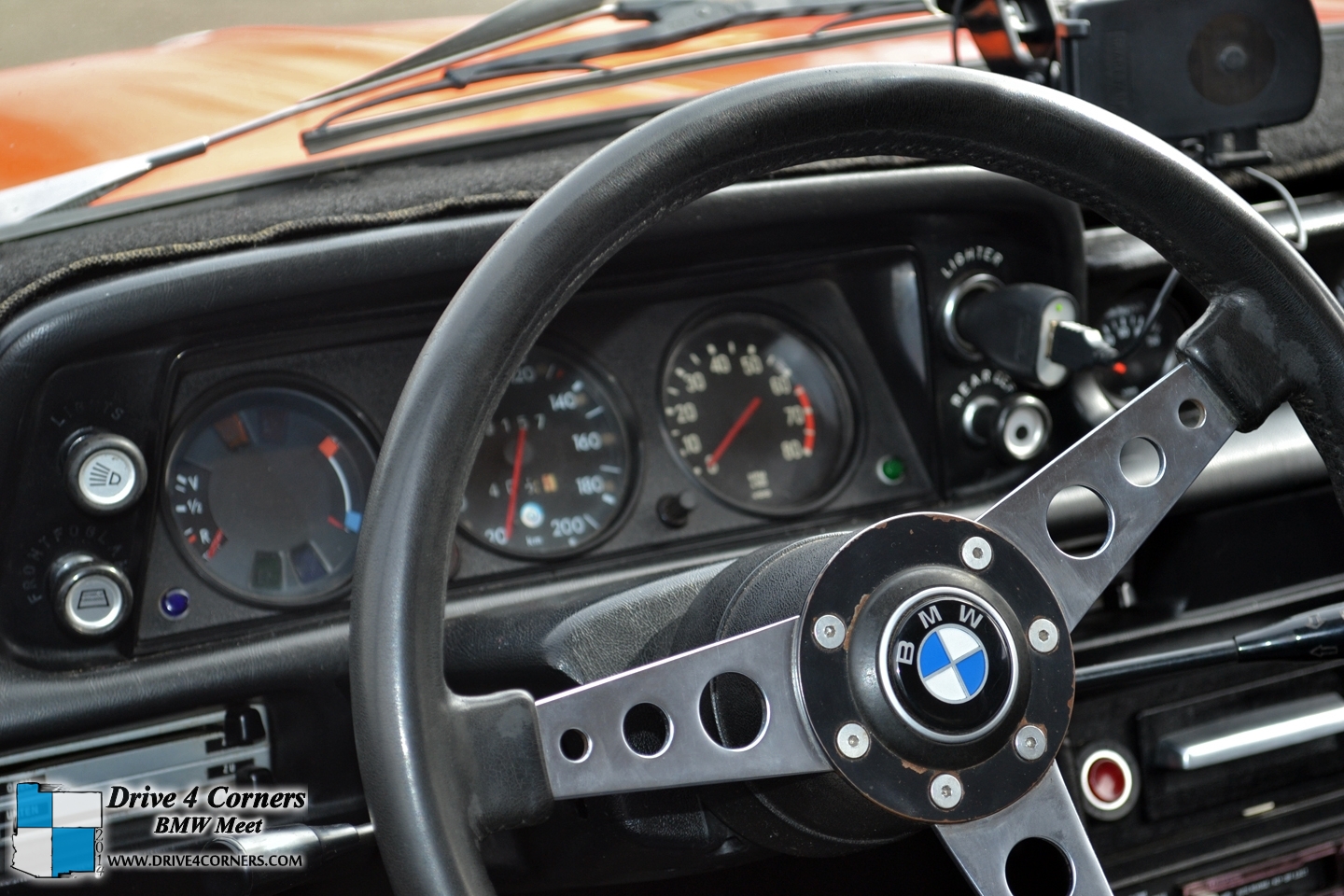 The best part about having the Touring back is the ability for my sister and me to reconnect with my dad. We both assumed the car was gone forever and it has been incredible to find it again after all these years. Not only did we find it, but we got it back in the condition that he left it. 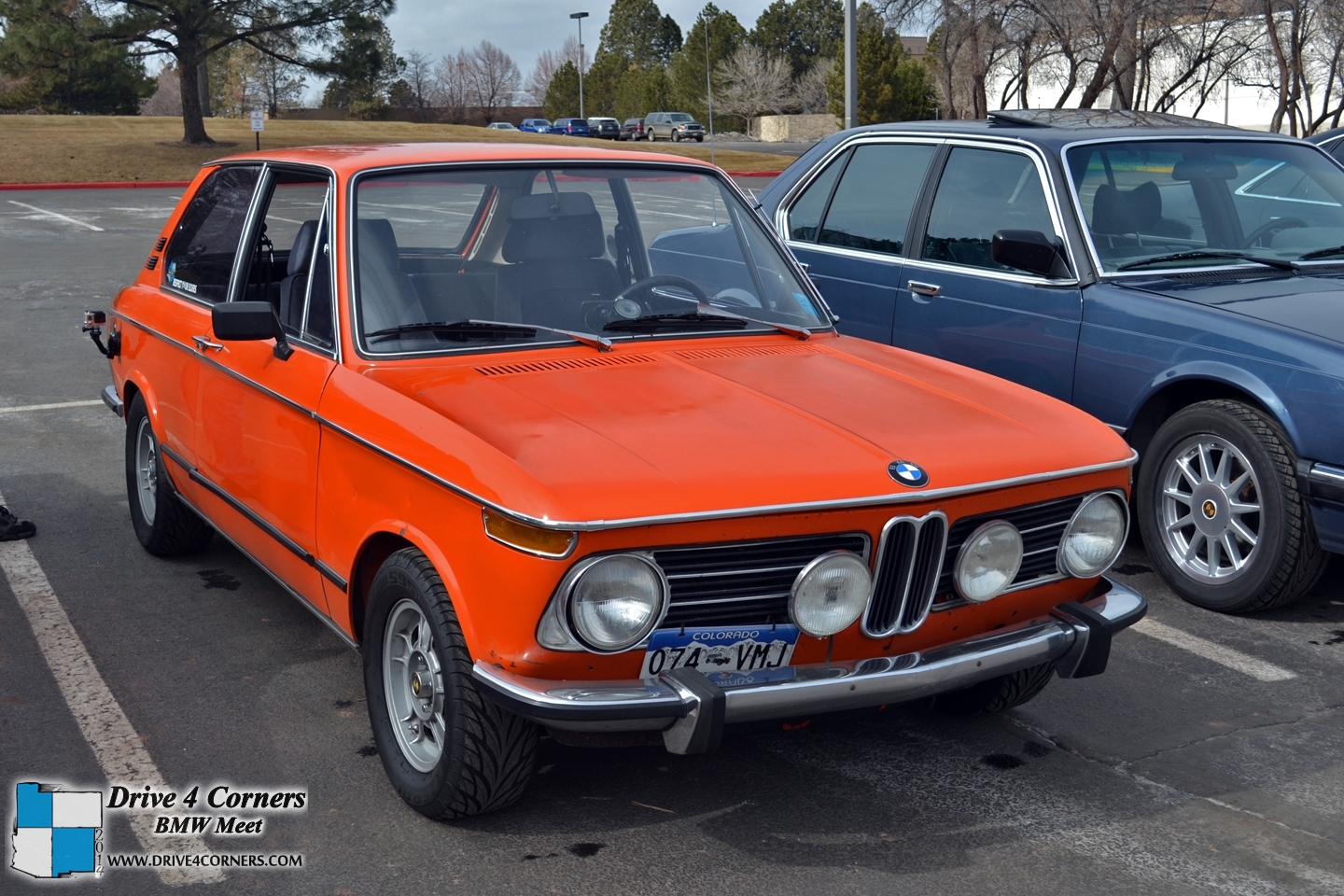 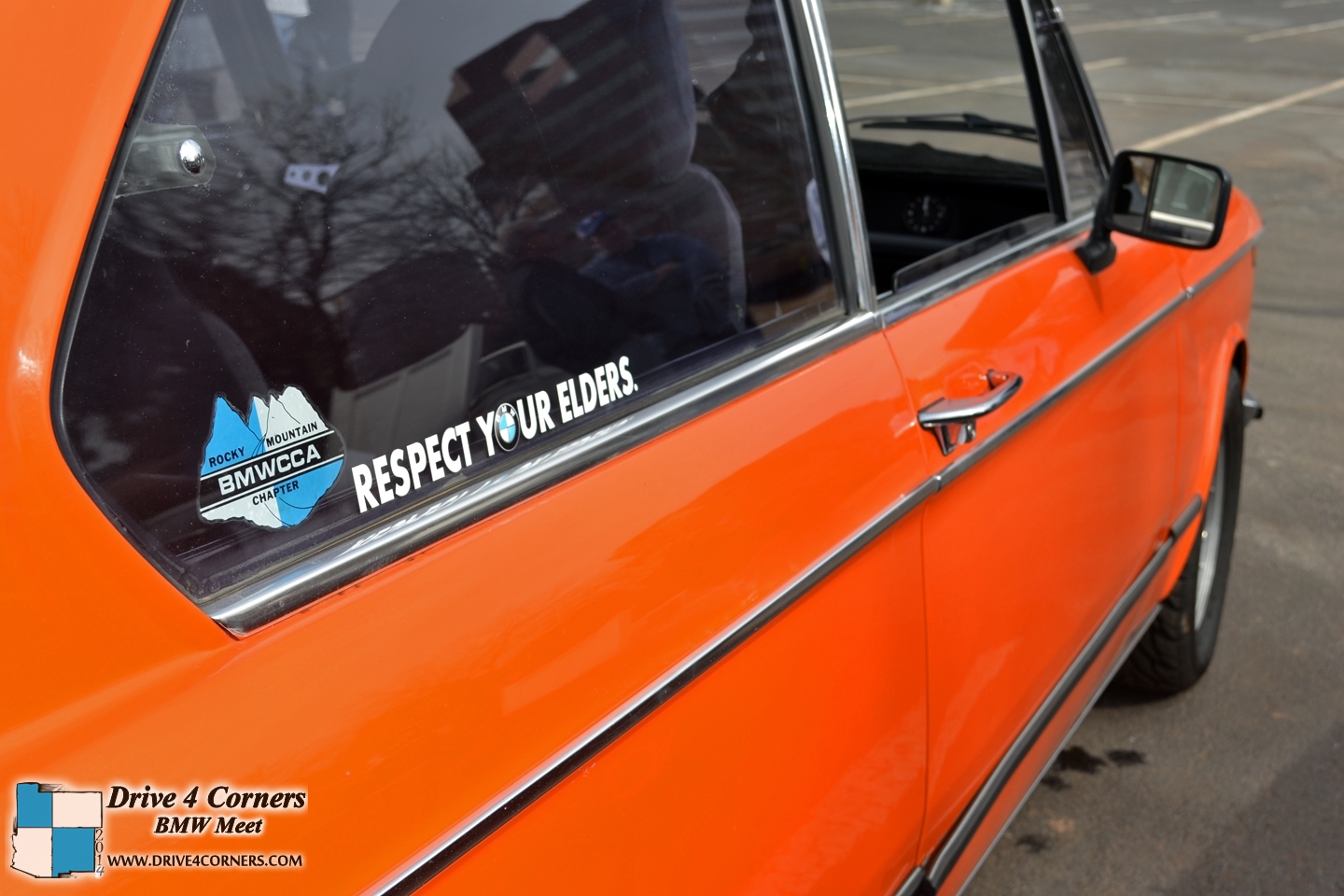 It still wore it’s original paint gracefully, even if it wasn’t quite perfect. In fact, the scuffs and imperfections only make the car more respectable. It has withstood the test of time, and obviously hit a few bumps along the way, but it wears it’s original Inka Orange with pride. 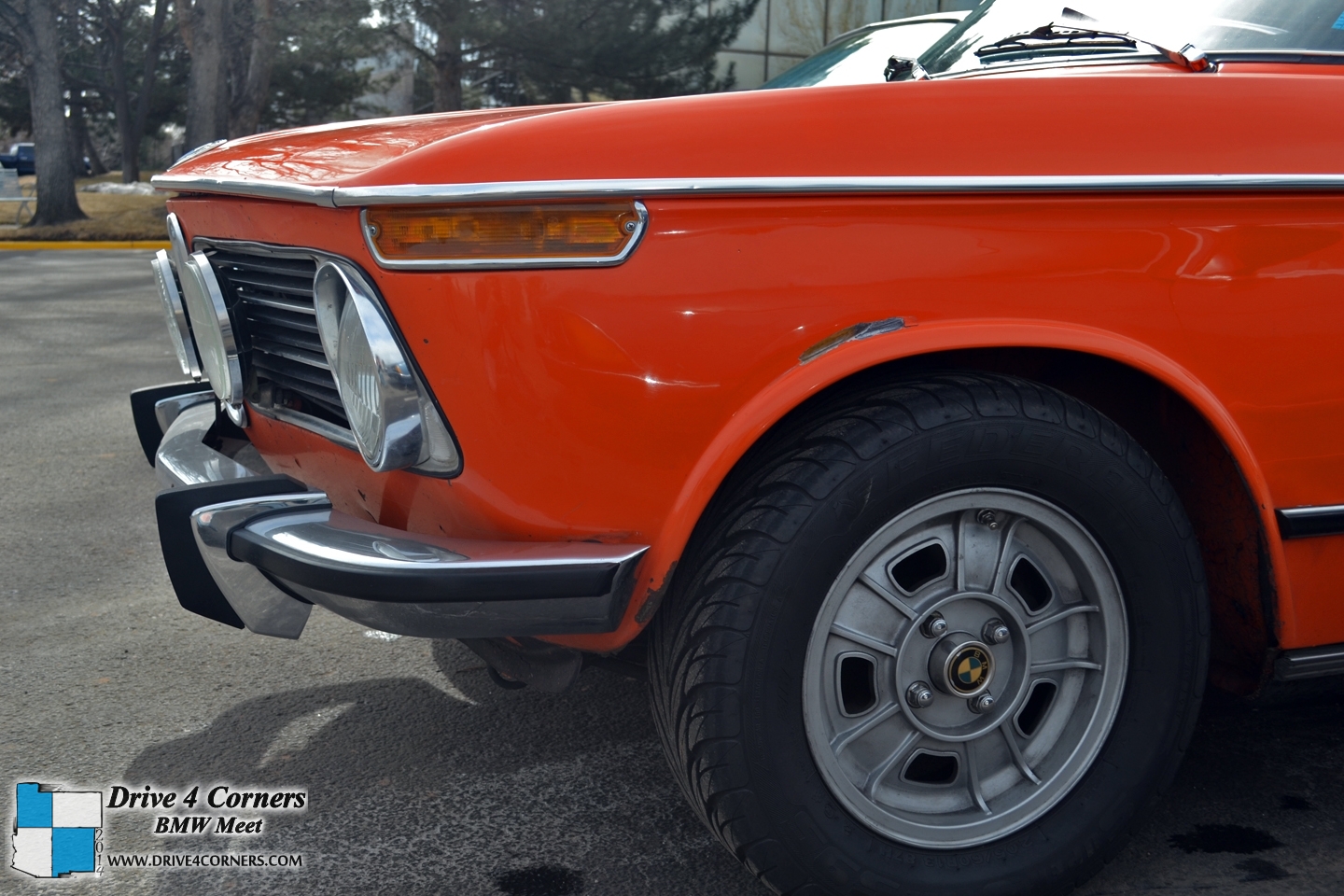 This car isn’t perfect in any way. It has a few dings, once it was hit in the rear, gravel has taken it’s toll on the front end; yet these imperfections are indicative of the story that goes along with it. There was nothing perfect about the situation of my family and this car. If anything, it created a chasm, causing more pain than comfort. The scrapes and road rash on the car may be nothing more than a mere relefection of the imperfections synonymous between my family and this particular car. 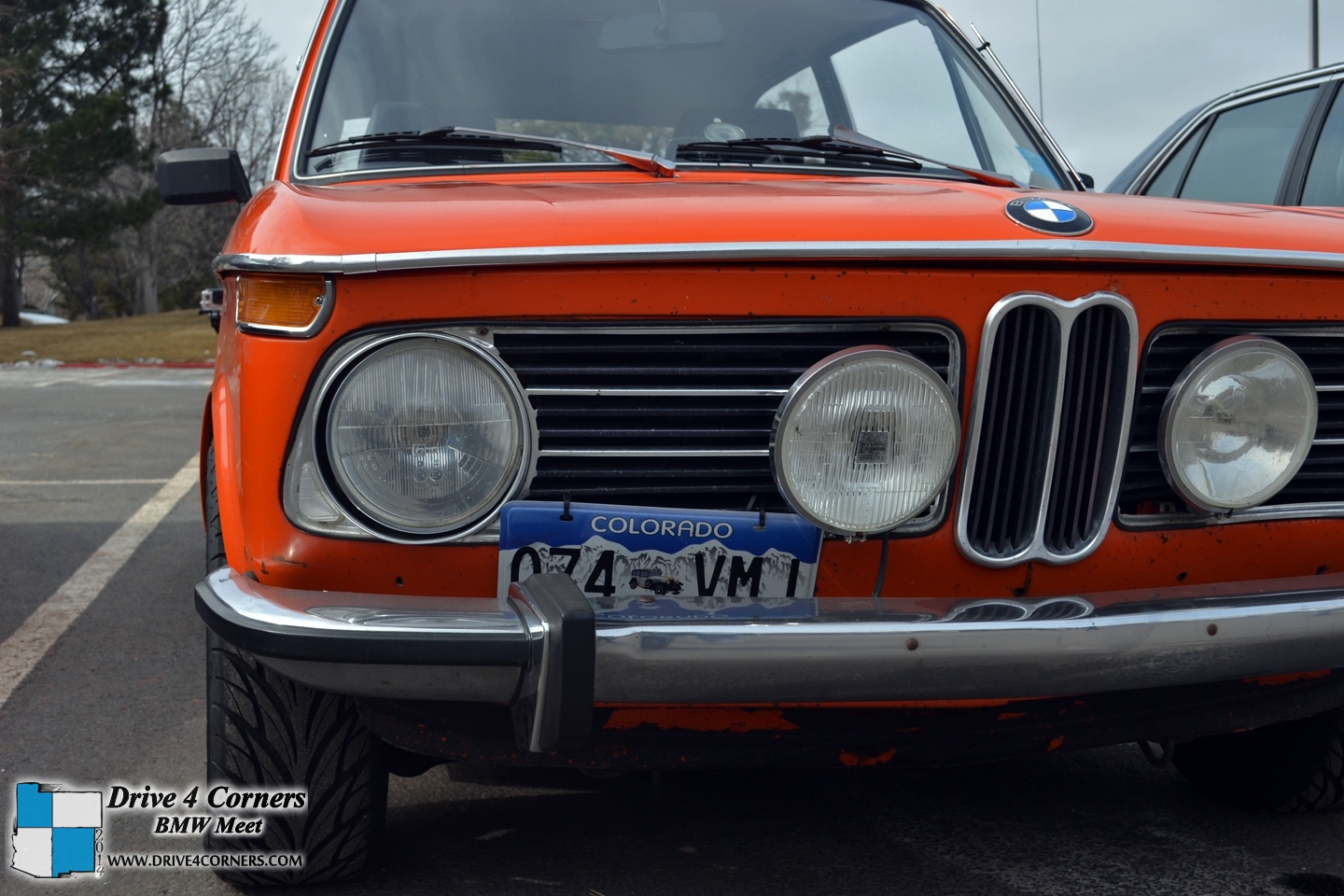 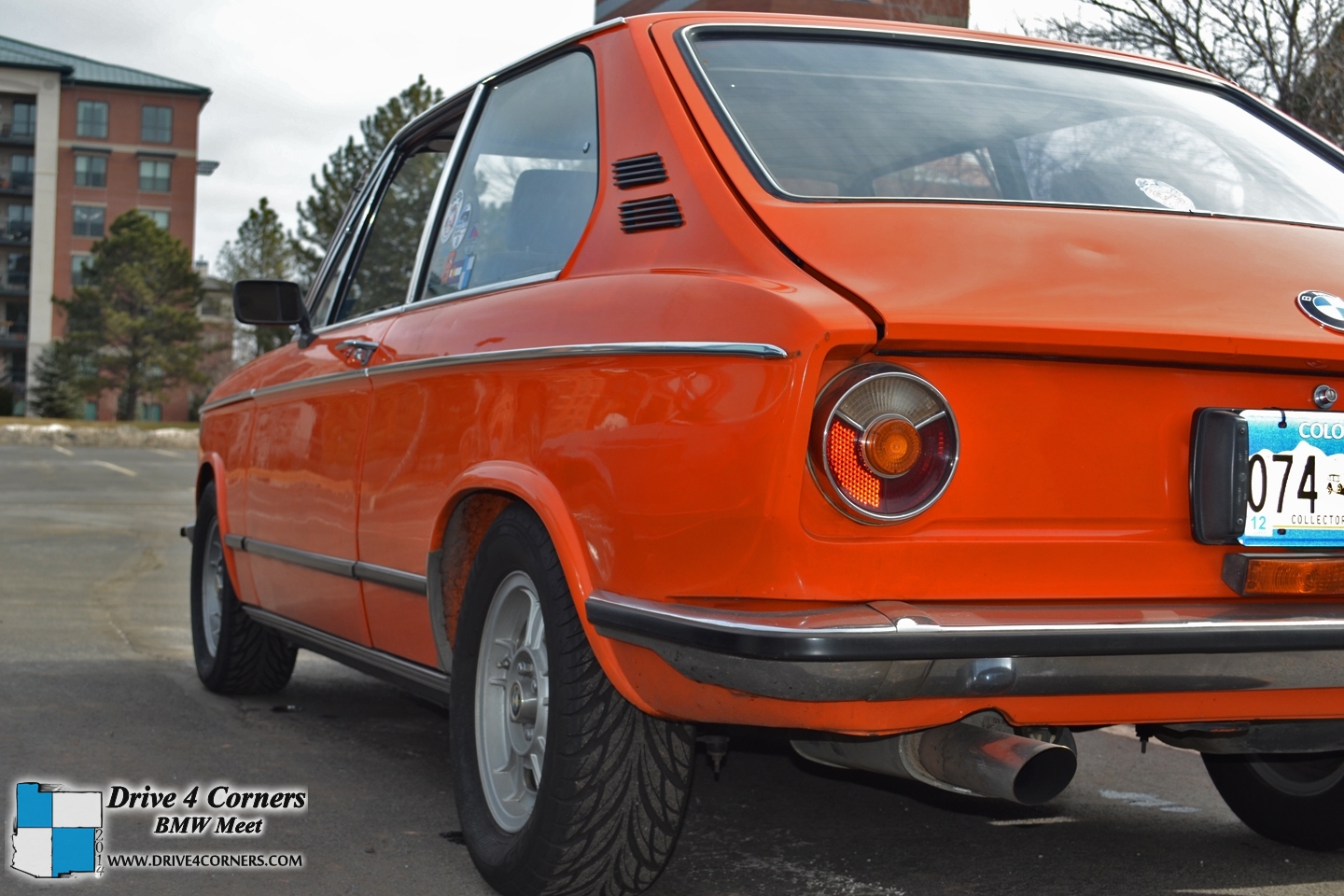 Over the summer of 2013 I had the opportunity to really drive the car for the first time while attending the Drive 4 Corners event in Pagosa Springs, Colorado. During this trip I could really see that there was something special about this touring. 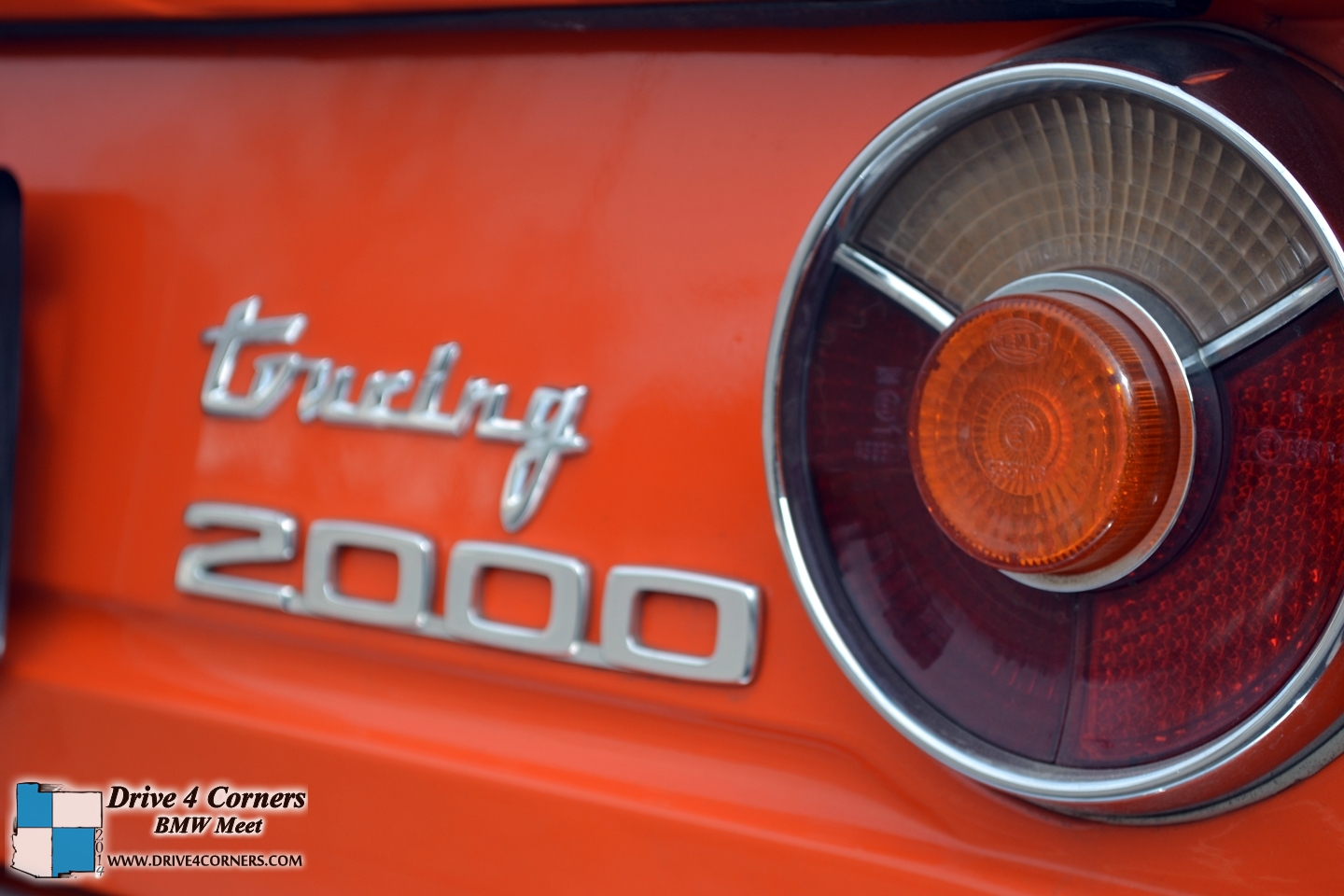 It handled great on the portion of the trip that went through the accurately named black Canyon of the Cañon City. I didn’t even turn on the radio, rather I preferred the sound of the motor and road feel of the car. It was great to just enjoy the scenery as well. 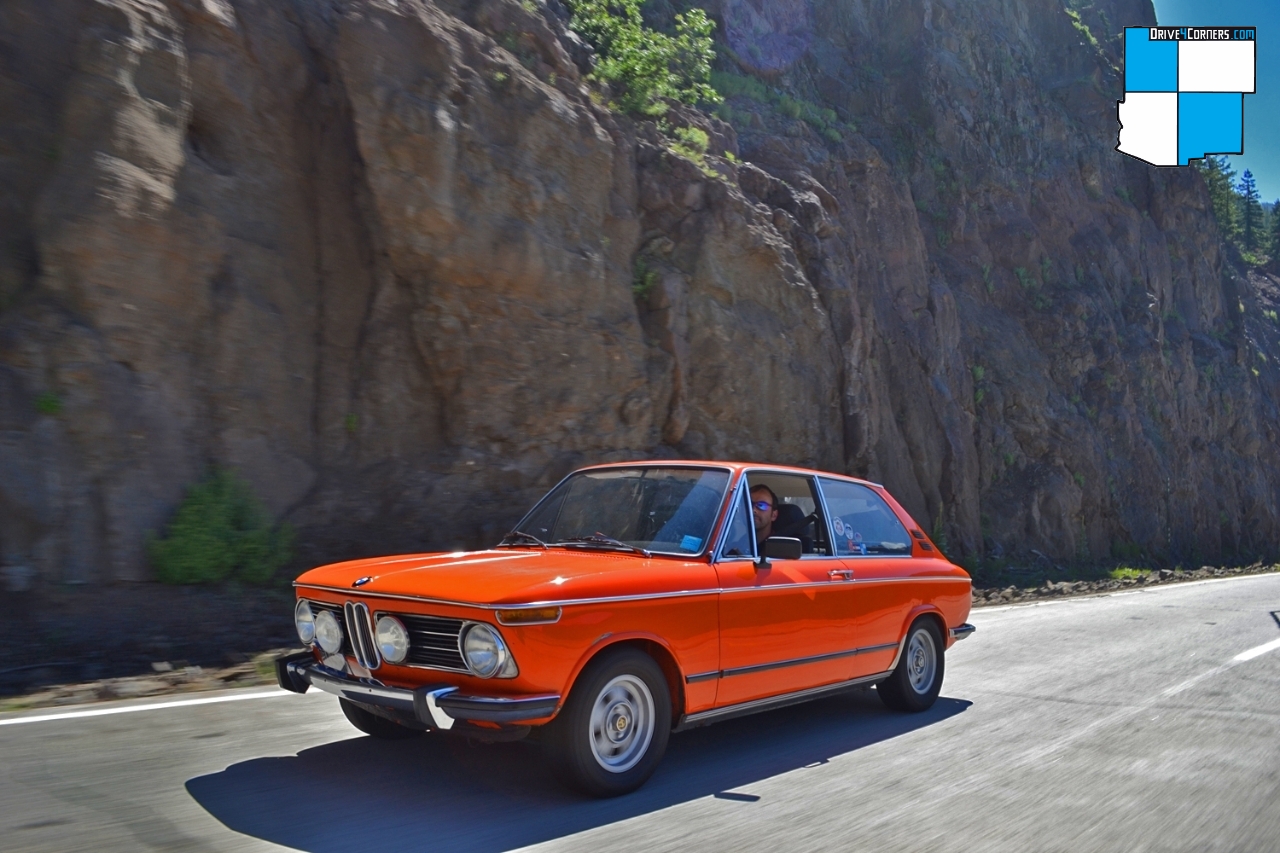 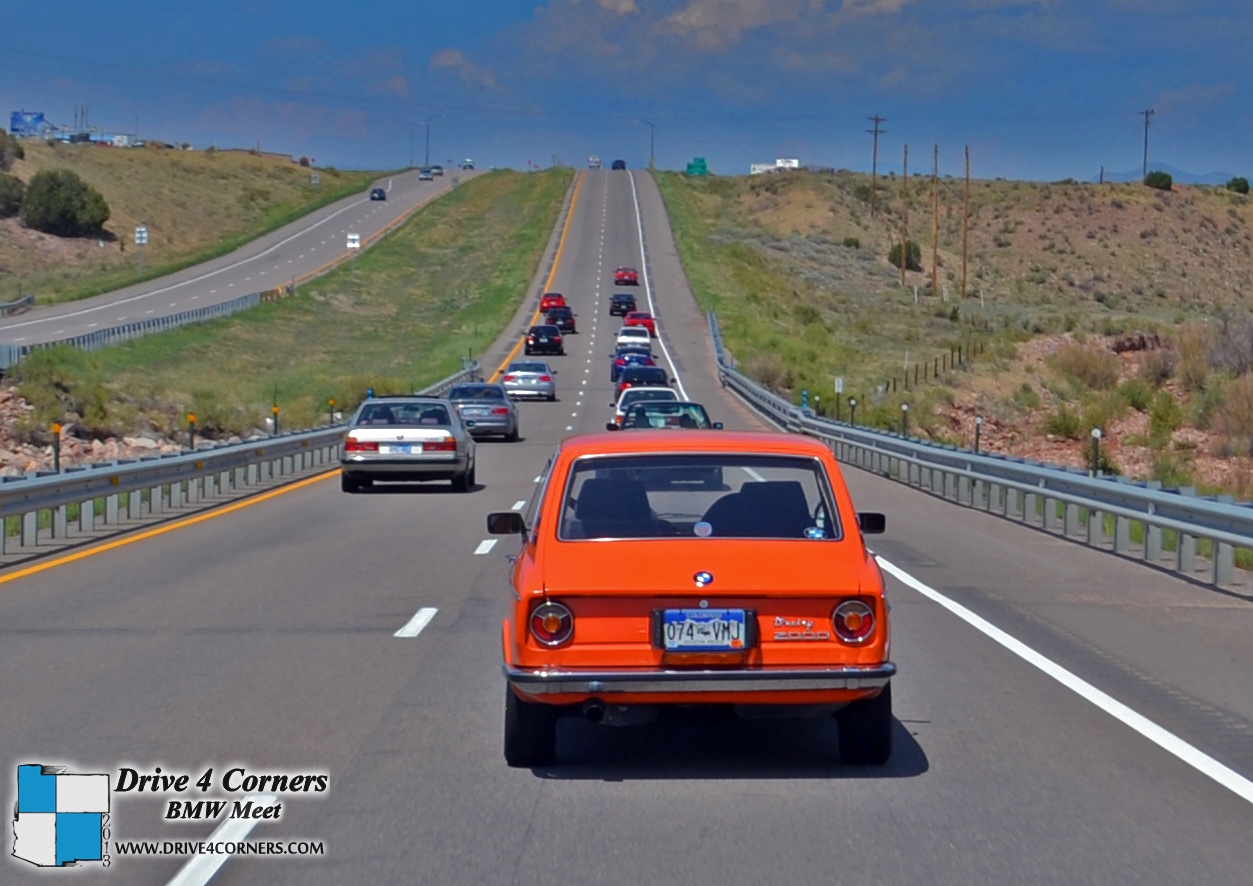 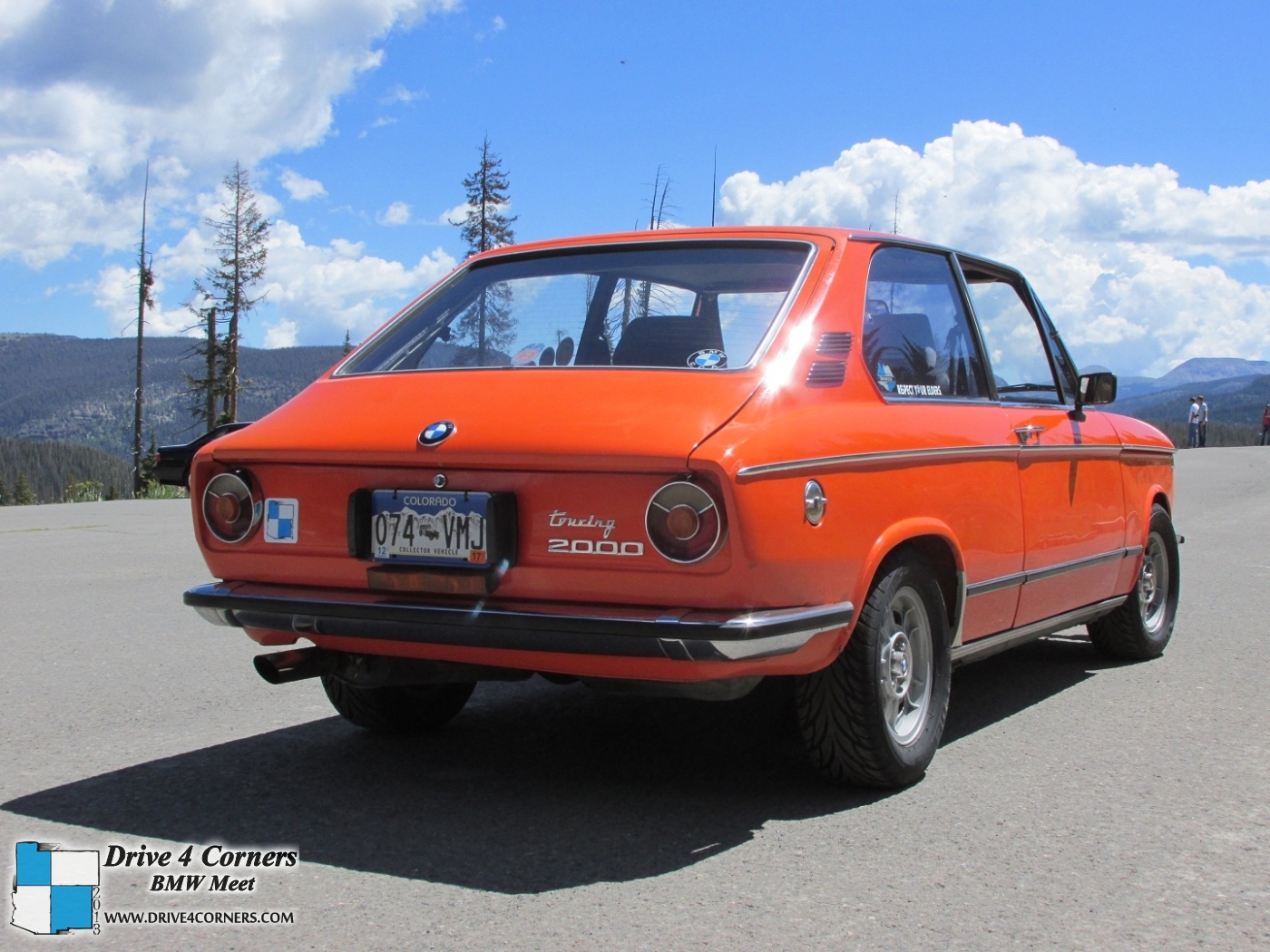 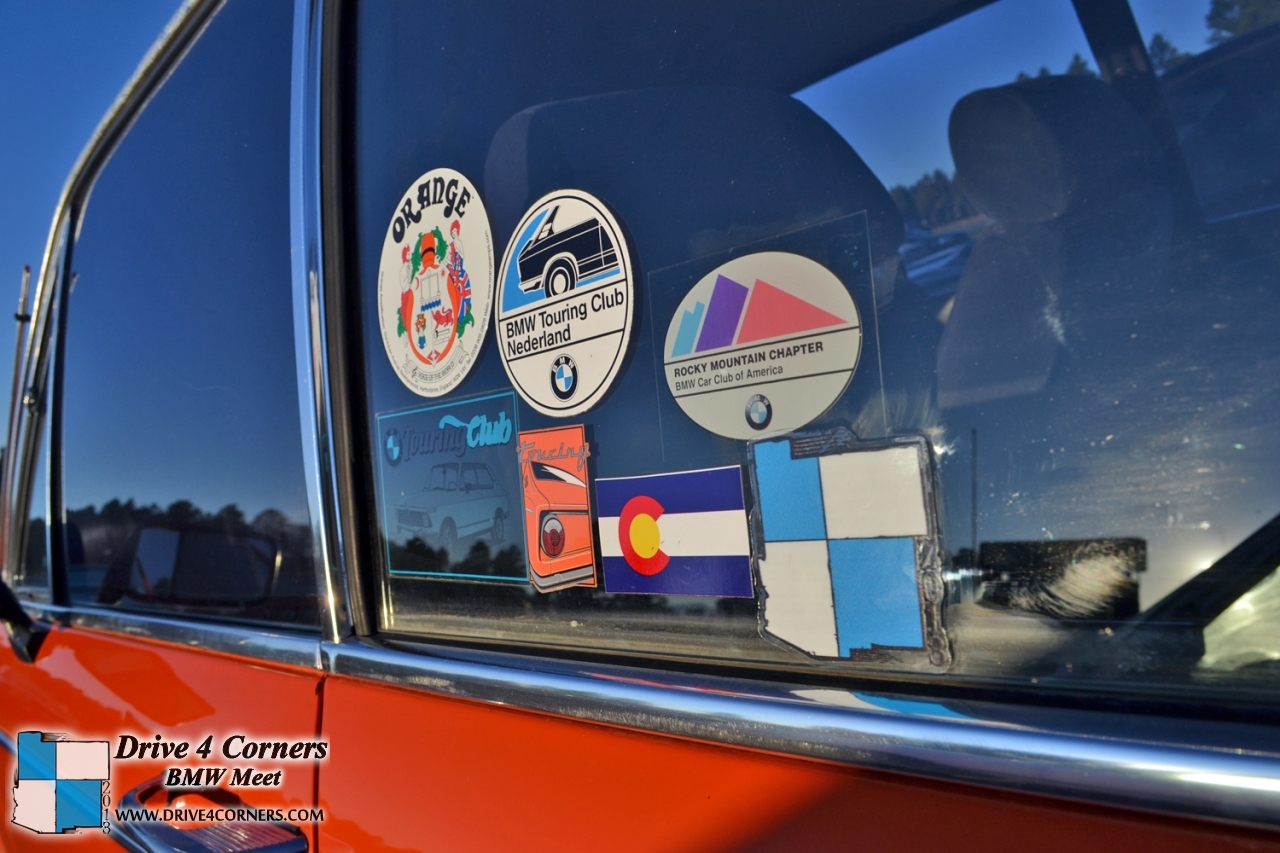 Besides the short list of maintenance and modifications, the touring is just as my dad left it, untouched for 20 years; now driven often. 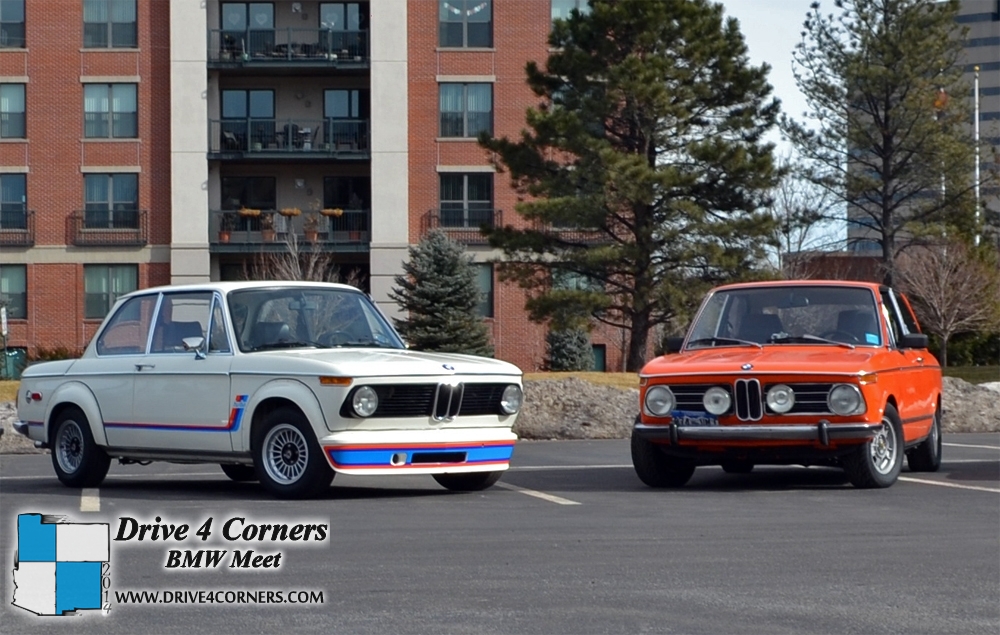 In the future I plan on full restoration. Not only to preserve the car and the wonderful memories I have in it, but also the unique connection that I have with my dad through this little car. 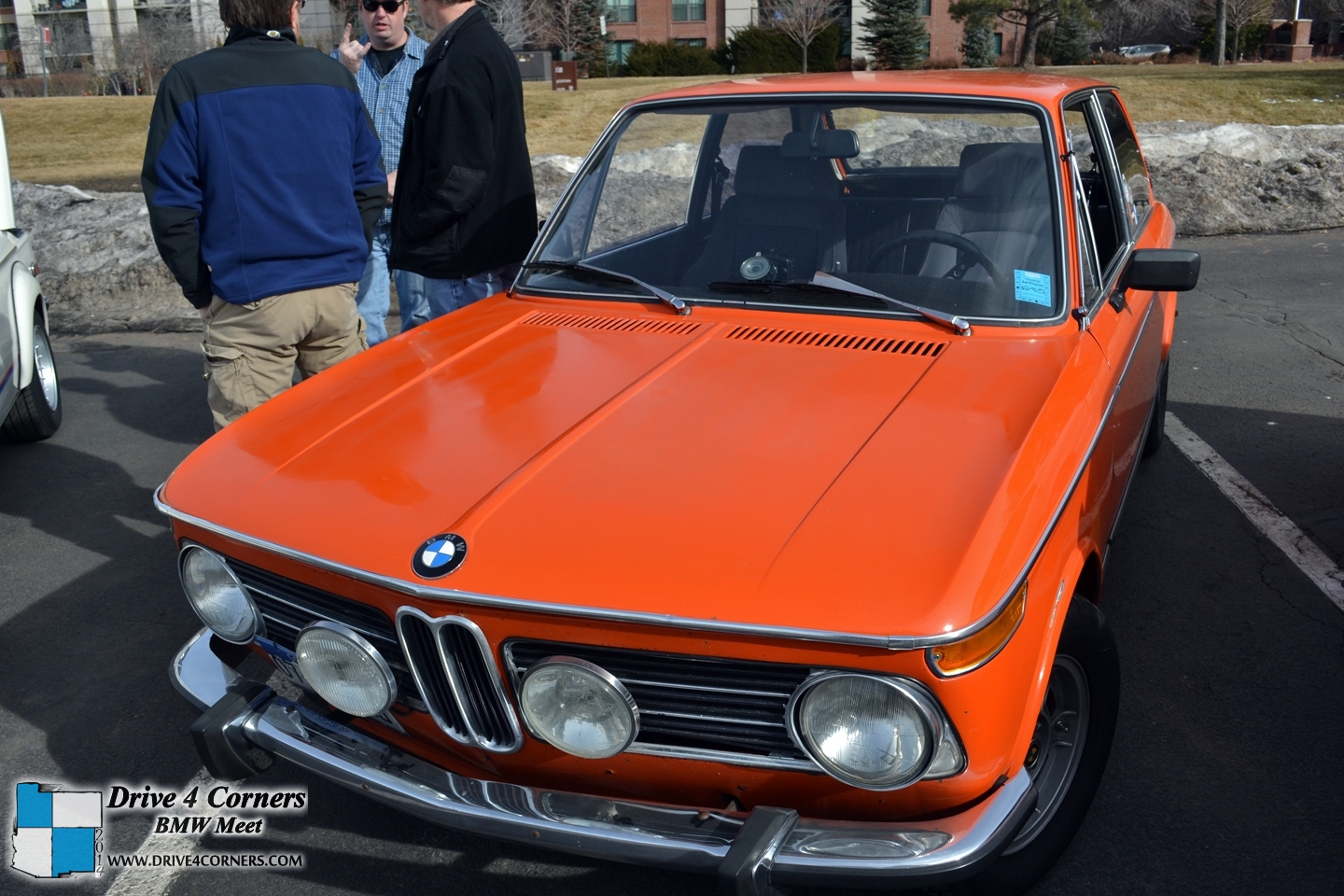 Below is an excerpt from the Feb 1980 issue of the Roundel. Written by my dad, Dennis Ryan. Photos have been added by Drive 4 Corners.

I first saw my car in 1975 and followed it for 12 miles. The owner thought I was crazy but didn’t panic since he was being followed by a BMW.
When I finally got the opportunity to speak with him, I offered to buy the car, then and there. He wasn’t interested in selling but I stayed in touch with him for the next three years until he finally agreed to sell it.
Tourings are built on the 2002 chassis and share all components of engine and drive train. From the doors forward the sheet metal is identical. 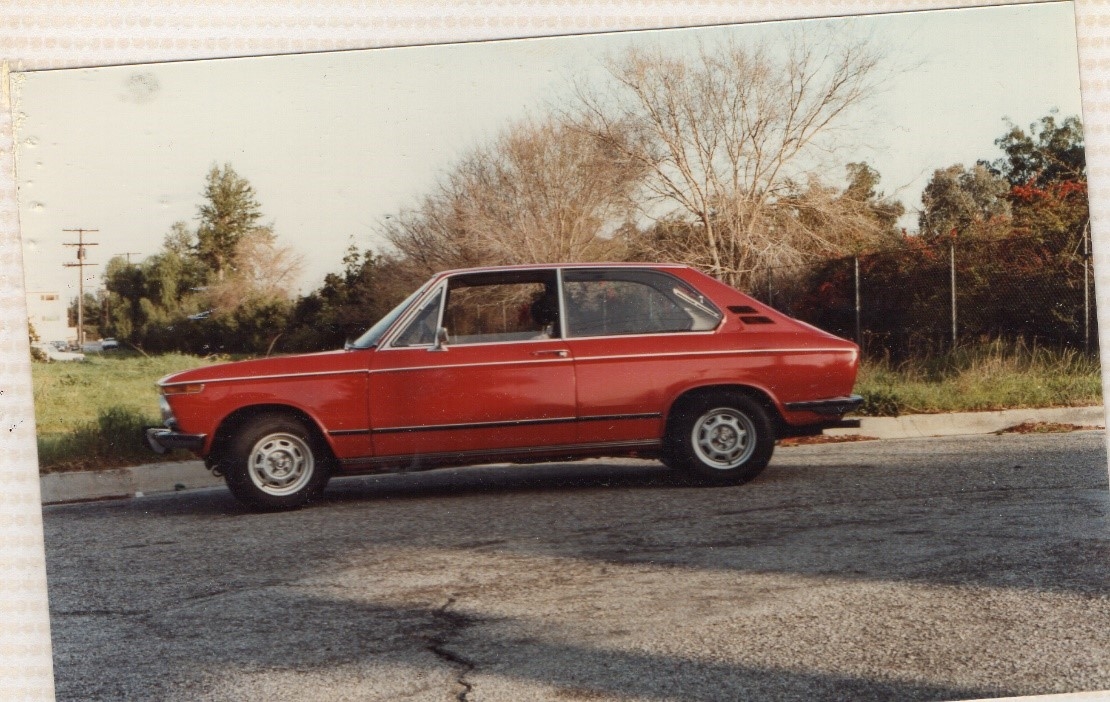 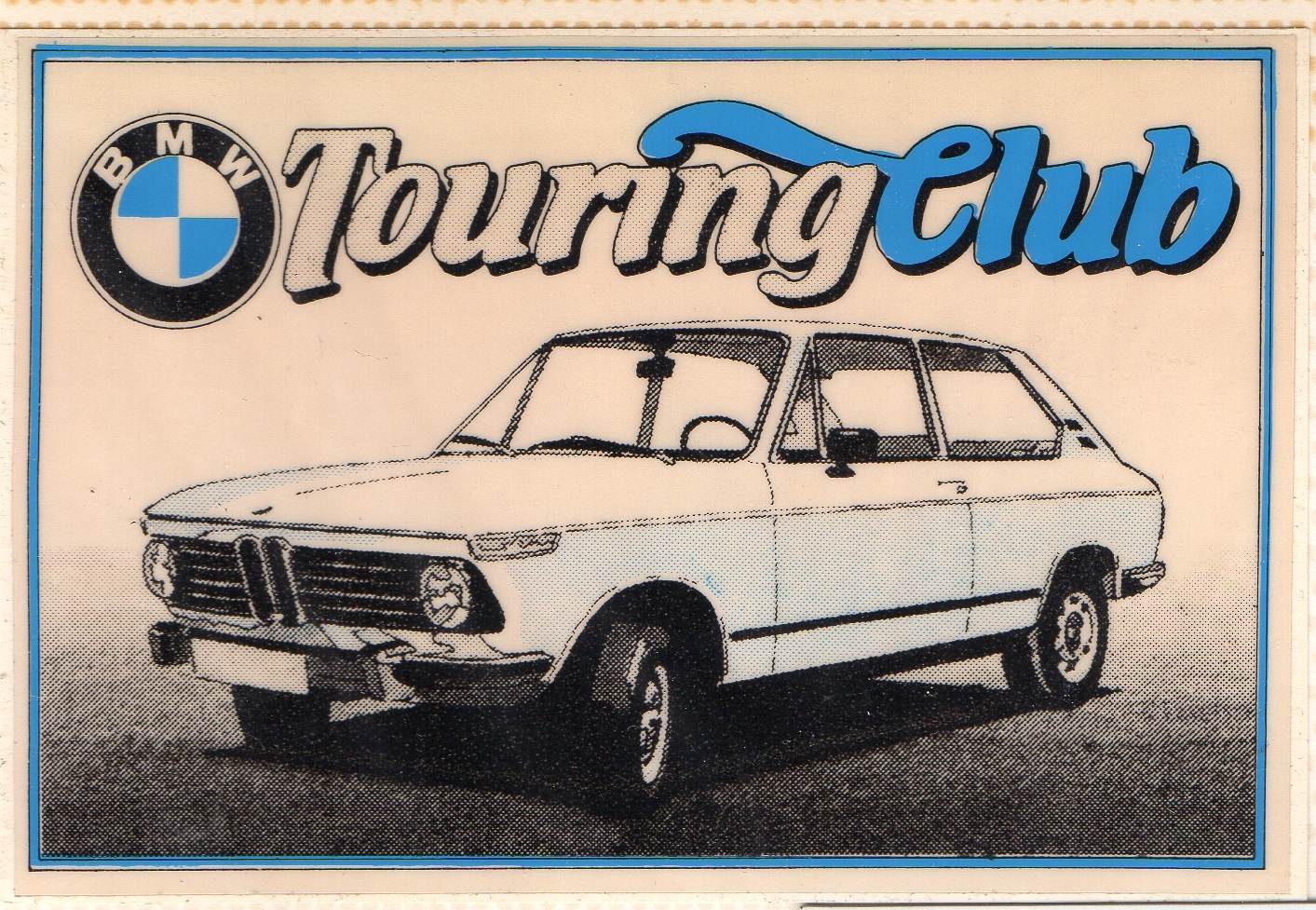 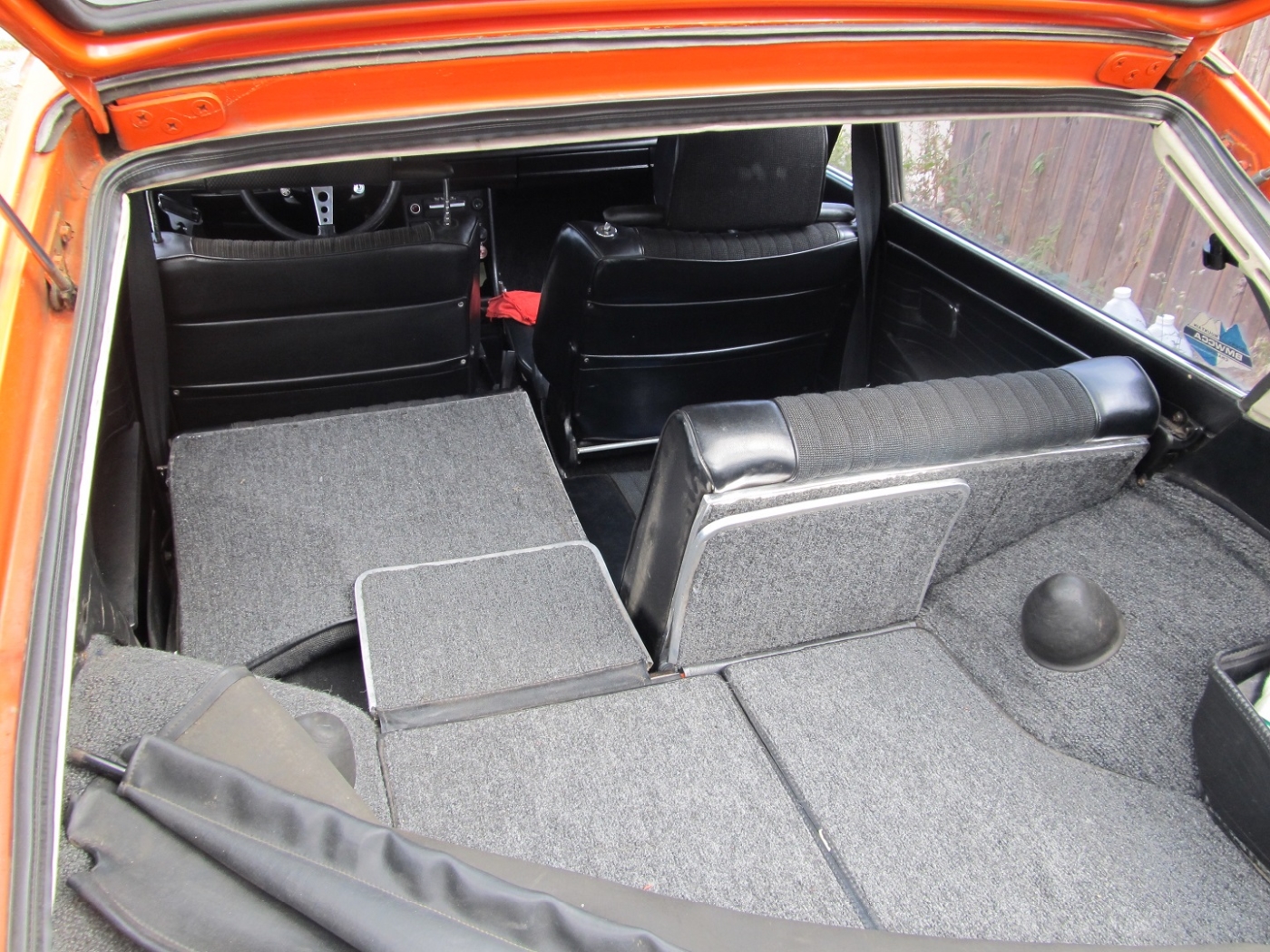 The touring made its debut at the 1971 Brussels Auto Show. Designed by Michelotte (Bugeye Sprite, BMW 700, Triumph TR4) the car is, in my opinion, everything a BMW should be – fast, agile and compact. Altogether only 18,966 of the hatchbacks were produced, and it is the only specialized 02 series car actually built in the Munich factory. 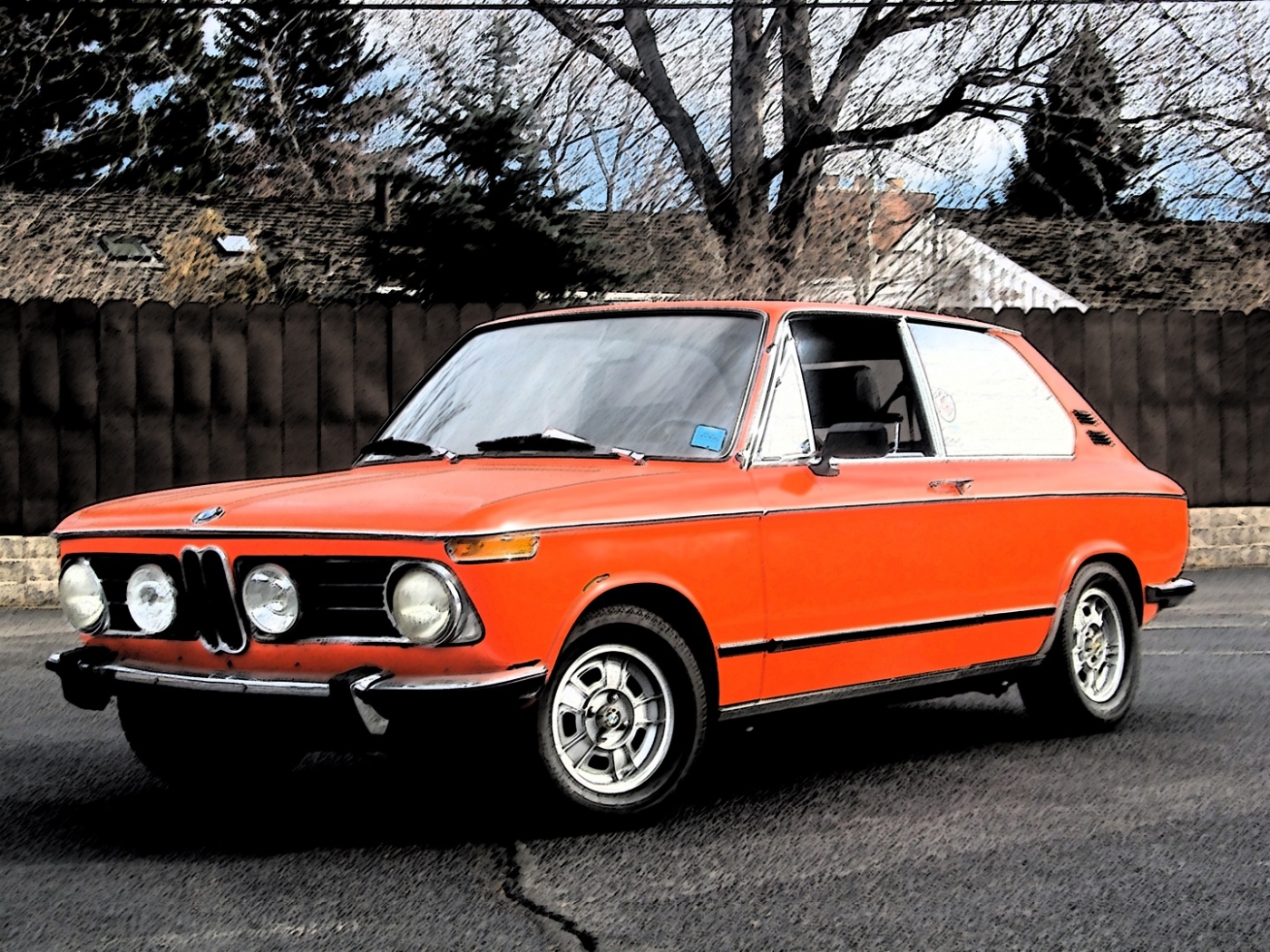 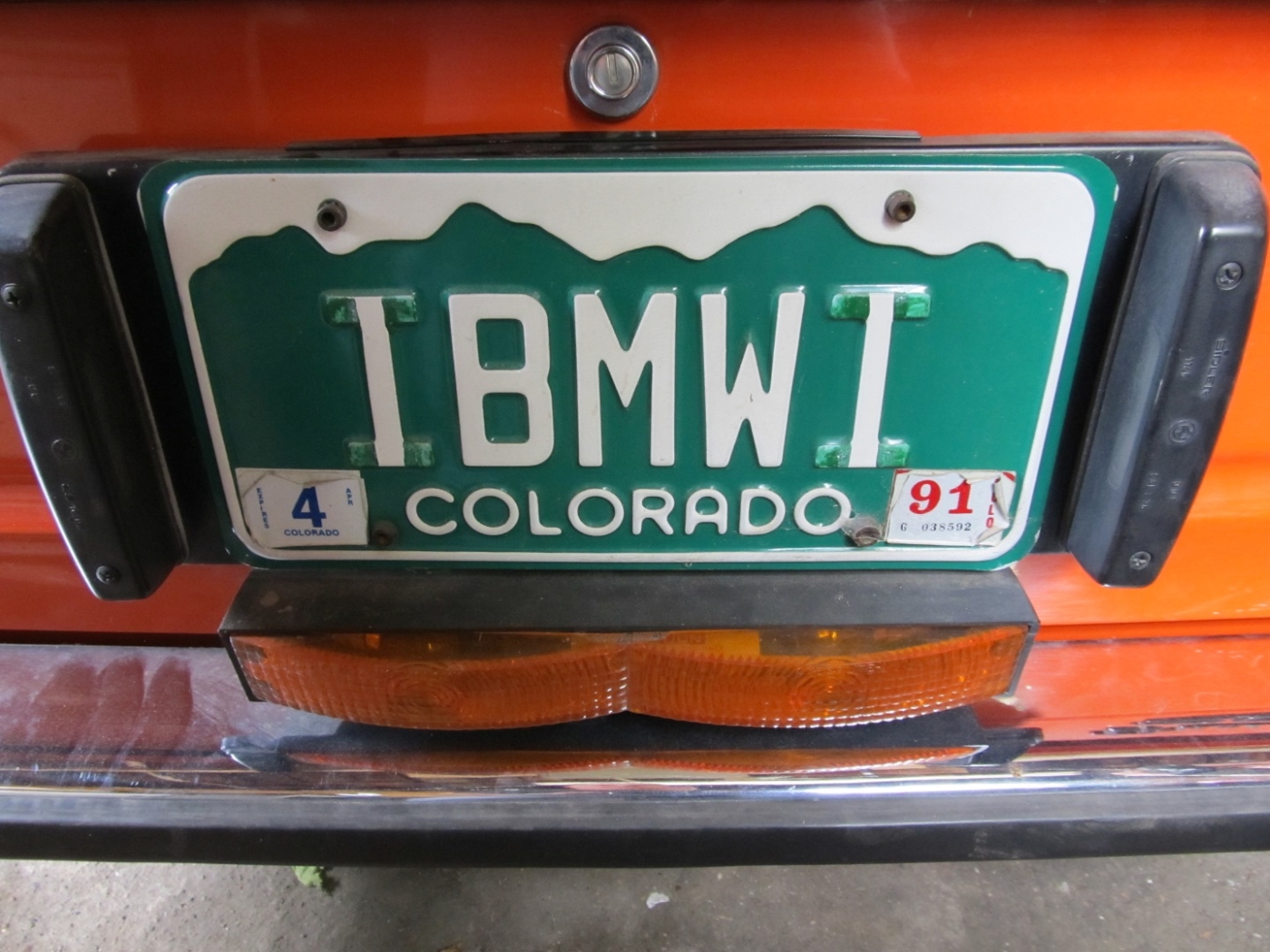 But the car never really caught on, even with the tii engine. Most ended up in police or fire service in Munich or London, and by the Swiss Police as Autobahn cruisers. After factory vacations in 1974, the tourings were no longer produced. Some attribute this to the car’s side wind sensitivity or to its bulky appearance. Nearly everyone who has seen my car can’t figure out why tourings were never imported to the US. Apparently they were designated to make the journey over here (as reported in the October 1971 Road And Track, but Hoffman Motors didn’t want to be burdened with all the parts required to support the decision.

Clcik the links below for the full Roundel article from 2/1980.

Latest posts by Ben in Denver (see all)