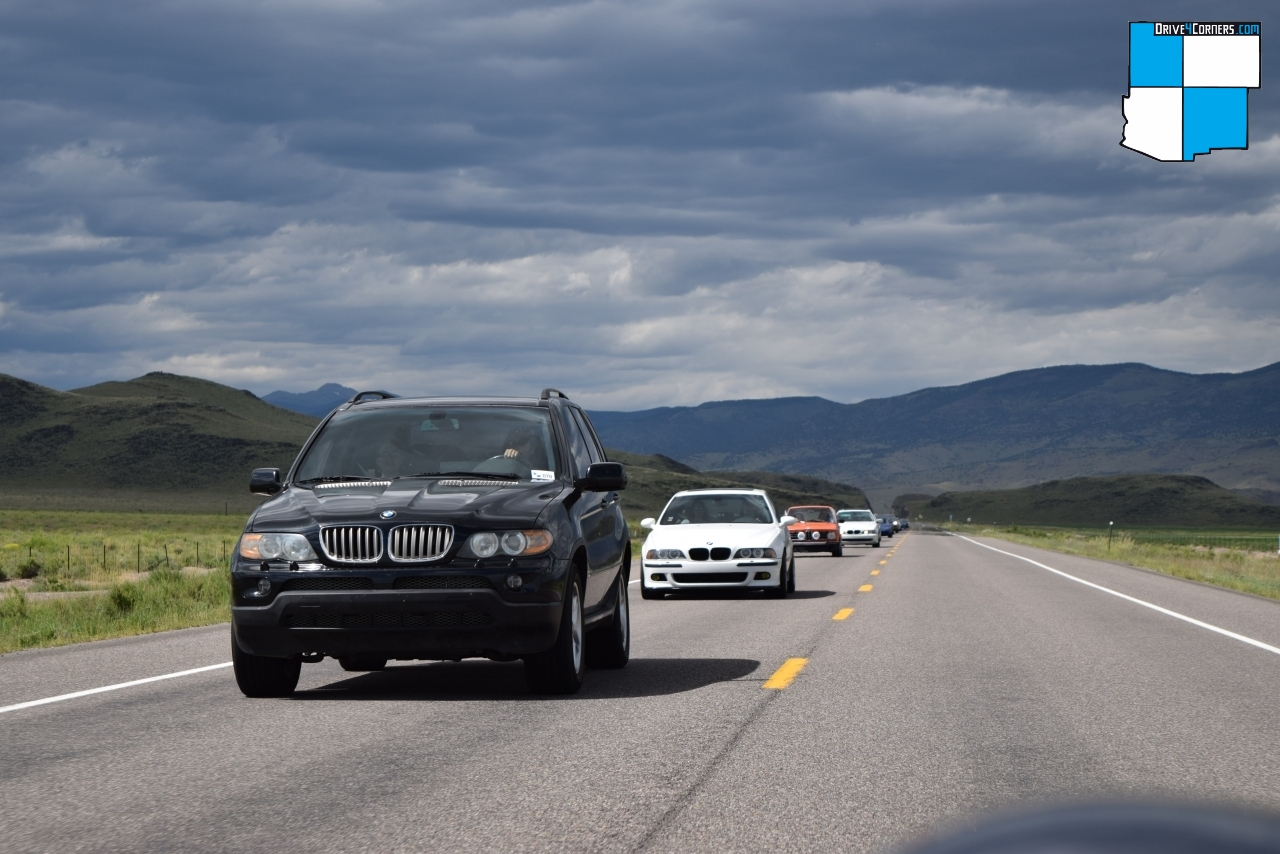 Drive 4 Corners 2015 is already here and gone! It was a successful weekend with 125/125 registered for the event. Once again, the event was held in Pagosa Springs, Colorado, with participants coming from other stats such as Missouri, Illinois, California, Montana, Nebraska, Texas, North Carolina, and of course the states in the mountainous four corners region.
As anticipated, 2015 was the best event yet with a social element that allowed participants to participate in as many or as few activities as they wanted. Many used this chance as a relaxing weekend getaway that also included an automotive driving aspect. Being the fifth annual event, it was decided there was no better way to represent the brand and the BMW marque better than the E39 5 Series. Our Drive 4 corners artist worked vigorously to push the boundaries of printing technology and create a unique and visually appealing design. There may be limited availability to order the remaining shirts via our online store. They will be made available for purchase in the upcoming days.

The weekend included a relaxed check-in evening on Friday, August 7th after participants drove in group caravans from Texas, New Mexico, Arizona, and Denver. This was a great time for those who had been on the road all day to wind down and eat some food. In addition, the annual Wolf Creek Pass drive was another success. Four groups of enthusiasts headed to the ski area parking lot for an exciting and scenic trip up to the Continental Divide. The brief 30 minute drive up the pass is always a spectacular event. Those who were interested in a longer route were able to continue Past South Fork, CO and eat a lunch at Freeman's General store, while other participants had the chance to return to Pagosa Springs and explore town during the afternoon Poker Run. Both of these activities culminated with a the D4C BBQ that evening with music, food, and evening show. This was a great time to see all the cars that had made it to Pagosa Springs and chat with the owners. Discounts to a few local businesses meant that there were breweries, shops and other stops for participants to enjoy around town, including a discount at the local Hot Springs, conveniently right across the street from the hotel. 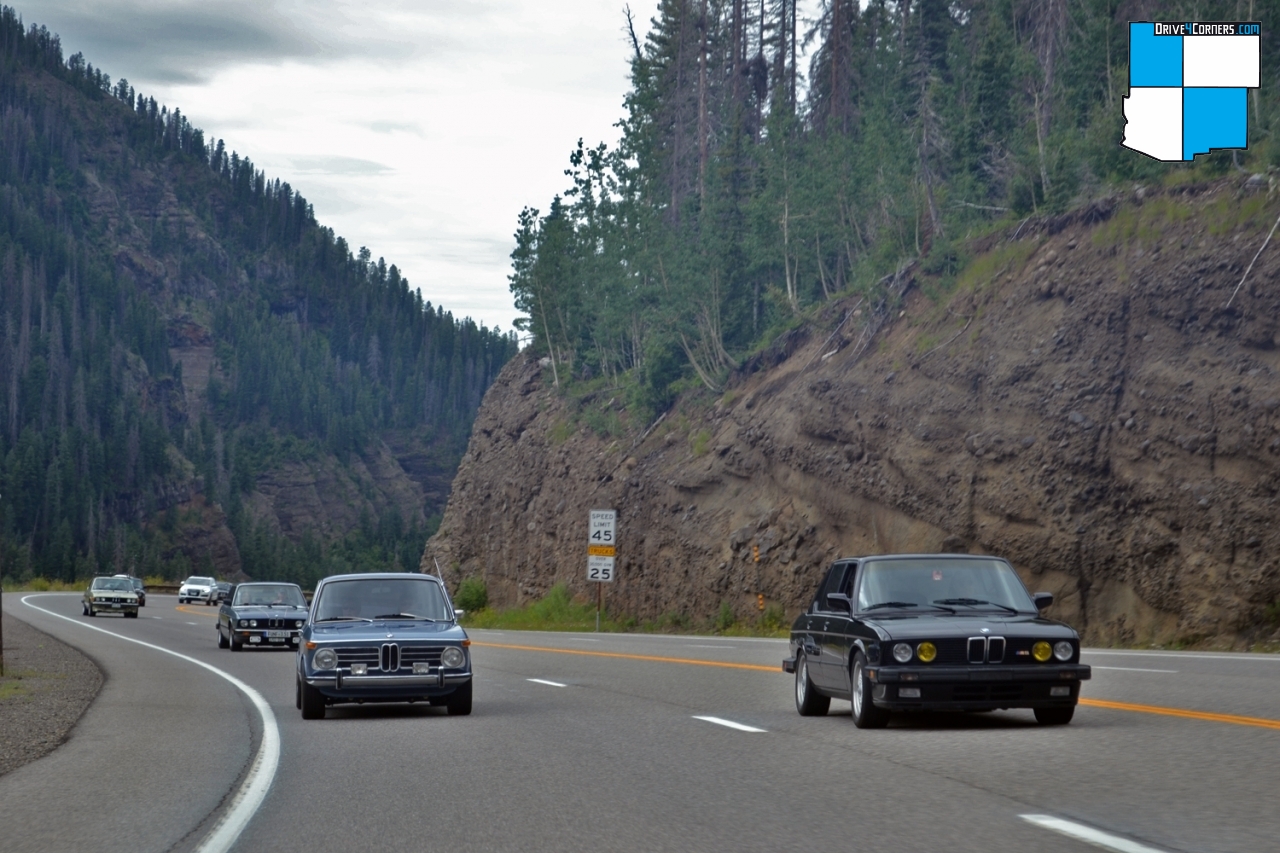 For those that were able, a morning brunch was a great way to say goodbye and socialize with other participants who were still around. The View restaurant was able to accommodate all of us, although we were probably just a bit larger than were expecting (we have gotten larger every year, after all!). For those that did not head home, they were able to explore town and hike or bike for the afternoon. The last officially sanctioned event was a Sunday Sundaes social hour. This was held at a private residence and gave the participants a chance to catch up with others and share stories from the weekend. It was a great activity, and on behalf of the D4C team and participants, many thanks go out to J and L Bliese for their hospitality!

Please join us in thanking all of our D4C 2015 sponsors! The event wouldn't happen without you all!